Thailand Trails: 6 Iconic Treks To Add To Your Bucketlist 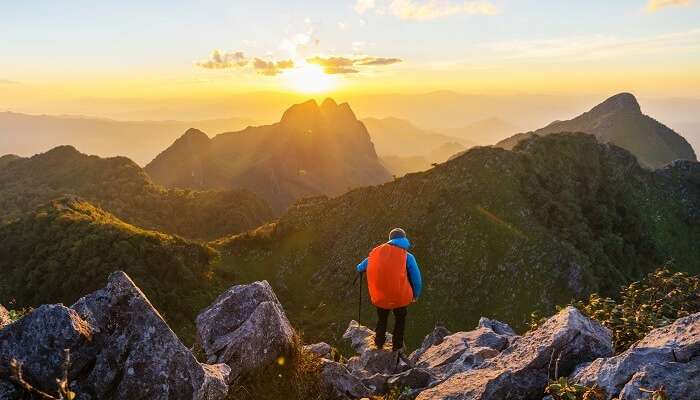 From easy nature trails on accessible peaks to scary hikes that aren’t for the faint of heart, Thailand’s mountains are truly incredible. Here are six of the best treks to put on your Thailand bucket list.

This once-pristine forest in Thailand’s northern hinterland was previously the site of a trade route. Today it is only trekkers who traverse some of Thailand’s most remote natural areas in the forested hills of Mae Hong Son. Starting in Chiang Mai, you’ll trek over ridges, down into valleys, and up upon mountain peaks for six to eight hours a day.

Wet river crossings (bring your gumboots and tactical rain jacket), challenging terrain, and an appreciation of this one-of-a-kind region are all guaranteed.

As you explore Huay Hee Karen village, you can stay in a traditional home and learn about how the locals live in harmony with the land. Before you spend the night in Ban Huai Tong Kaw, you can trek up orchid-clad slopes and be entertained by sword dancers and ritual singers.

There’s a short, steep climb to the summit of this 278m-high limestone outcrop overlooking Krabi Town, but perseverance pays off once you access Wat Tham Suea (Tiger Cave Temple) and some spectacular views.

Tigers once lived in the caves around this temple, hence its name. However, there are no big cats prowling about here today – instead, emerald forests and a sprawling blue sea are watched silently by a Buddha in a seated position.

Take enough water for both an ascent and a humid environment. Remember to dress culturally appropriately (skirts or trousers that cover your legs and tops that cover your shoulders) because it is a Buddhist temple. You can use a hiking pole to haul yourself up as well as keep the monkeys away.

If you like a challenge, then this one is for you. Kanchanaburi is home to Khao Chang Phueak (1,249m), the province’s tallest peak. It is located in the large, forested Pha Phum National Park which borders Myanmar.

Most of this hike sees you walking along a ridge – thus the name, which loosely translates to Sharp Mountain Ridge. Some people choose not to climb to the summit of the second part because it is extremely narrow.

The hike is legendary among locals, but not so popular with tourists (except for adrenaline and adventure-seekers). The fact that only 60 people can travel the route every day adds to the mystique.

Thailand’s most well-known tribe, the Karen, has long, ringed necks, but few of its visitors get a chance to learn about their way of life. With this two-day trek, you have the chance to not only see the jungle around Kanchanaburi but stay in a traditional Karen village, sleep in a bamboo hut, prepare dinner with the locals, and see a traditional Karen cultural show. The next day is perfect for riding a bamboo raft across the River Kwai before boarding the infamous Death Railway back to Kanchanaburi.

Kanchanaburi is the home of the Bridge on the River Kwai, which Japan used as a transport route through Thailand (then Siam) into Myanmar (then Burma). Due to the sheer number of lives lost during its construction this became known as the Death Railway, and David Lean’s epic war film of 1957 was based on Pierre Boulle’s novel from 1952. 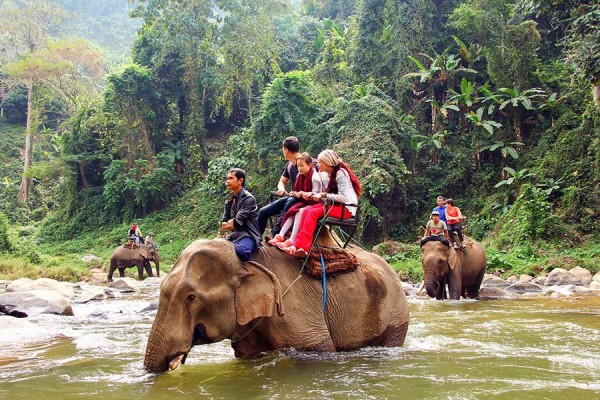 With its location at the end of a 165km-long mountain top road, Umphang has been a favourite destination for Thai tourists for a long time, but it hasn’t gained popularity with Western visitors – yet. In contrast with northern Thailand, Umphang and its surroundings are almost uniformly Karen.

An average three-day, two-night tour includes a trip to Umphang’s famous Tee Lor Su waterfalls where you can camp the first night. Other activities include elephant rides, rafting, and visits to Karen villages. There’s quite a bit of work involved in trekking in the Umphang area, so you’ll need to be reasonably fit.

A wilderness lover’s dream, Nan is home to six national parks. Join a tourist group for a guided tour of Doi Phuka National Park or take part in a caving trip from a small village near the park.

It is also one of the few remaining homes of the M’labri people. This is also a great spot for rafting, especially during the wet season when rivers are bursting with water. Nan might not be on any major tourist route, but it gets a steady enough trade that you shouldn’t have any trouble getting a group together.

MORE – Where To Travel Post-COVID? 5 Great Places To Go Next