Last year, skincare brand SK-ll, launched #changedestiny – an ongoing global campaign to inspire and empower women to shape their own destiny. As a part of this campaign SK-II has been sharing stories of women who overcame challenges and barriers that were preventing them from achieving their dreams and goals.

In keeping with this theme, SK-II have now released the film “Marriage Market” which you can watch below. The film puts a spotlight on the real-life issue of Chinese women being pressured to get married before they turn 25. In it, a number of brave Chinese women have chosen to speak their mind about one of the most controversial subjects in recent Chinese history, the “Sheng Nu” label.

But as the film shows, marrying for love can be easier said than done. In many Chinese cities so-called marriage markets are a common sight. Here, parents go to post, compare and match personal ads, listing the height, weight, salary, values and personality of their sons and daughters. In some cases, women are unaware that their parents have listed them at a marriage market.

The markets are a symbol of the different views on marriage between two generations which lead to the pressure put on women by their families. In the film, many interviewees describe that they are torn between trying to meet their parents’ expectations to build a family, while at the same time wanting to choose their own path in life.

With this campaign, SK-II is taking a positive approach in helping these women face the pressure and the film shows the marriage market in Shanghai’s People’s Park being taken over. A huge and beautiful installation was made with SK-II’s own “marriage ads” that were in fact not ads but messages from hundreds of independent women, stating that they want to be in control of their own destiny. By doing so, a platform was created from where the women could voice their thoughts. 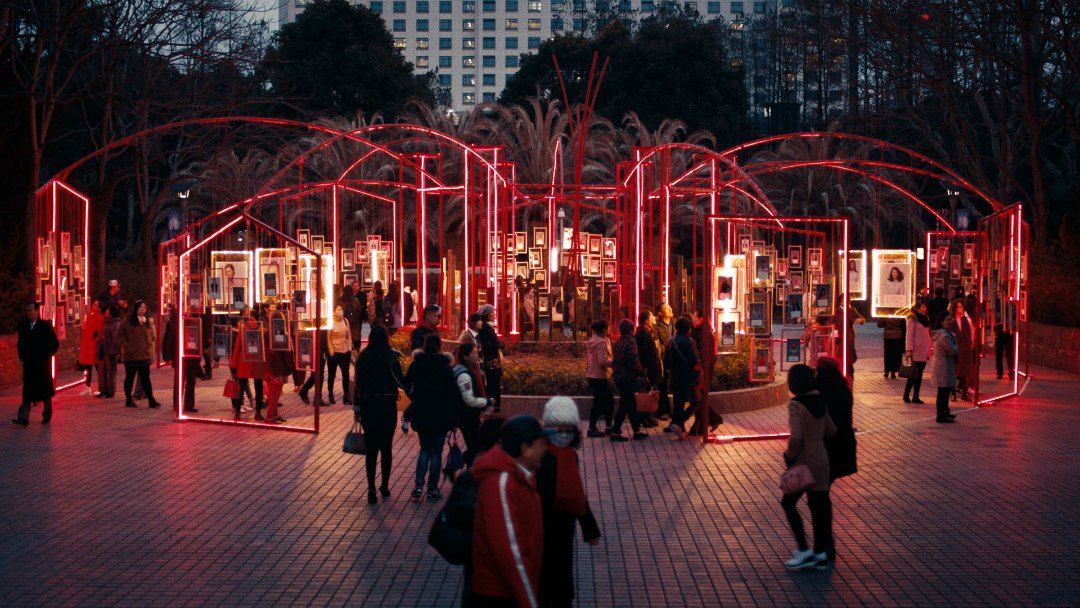 On this platform, the women are shown to be happy, independent and confident – the opposite of the desperate image of Sheng Nus often being portrayed.

Sharing some of their most personal feelings requires the women to be strong. For many, being unmarried is a great source of anxiety because of the social stigma. This is especially true for women of the growing middle class, whose focus on education, career and independence makes them more inclined to wait and marry for love instead of necessity.

For these women, being successful and independent is something to be proud of and they refuse to conform to age-old traditions. In addition to taking a stand for their right to marry in their own time, the women are asking for support to help change the perception of the word. They want to reconstruct the mutual respect between generations, increase society’s understanding of women’s right to choose their paths in life freely and take control of their destinies.

This campaign has a real chance of making a difference for millions of women in China and abroad. The pressure to marry and settle down, at the expense of your own independence, is something that affects women all over the world in varying degrees – it’s time for a change.

The film is being released globally with the aim to spark a worldwide discussion about the pressure facing women, taking control of your life and, ultimately, female empowerment.