Everything You Need to Know About Organic Food 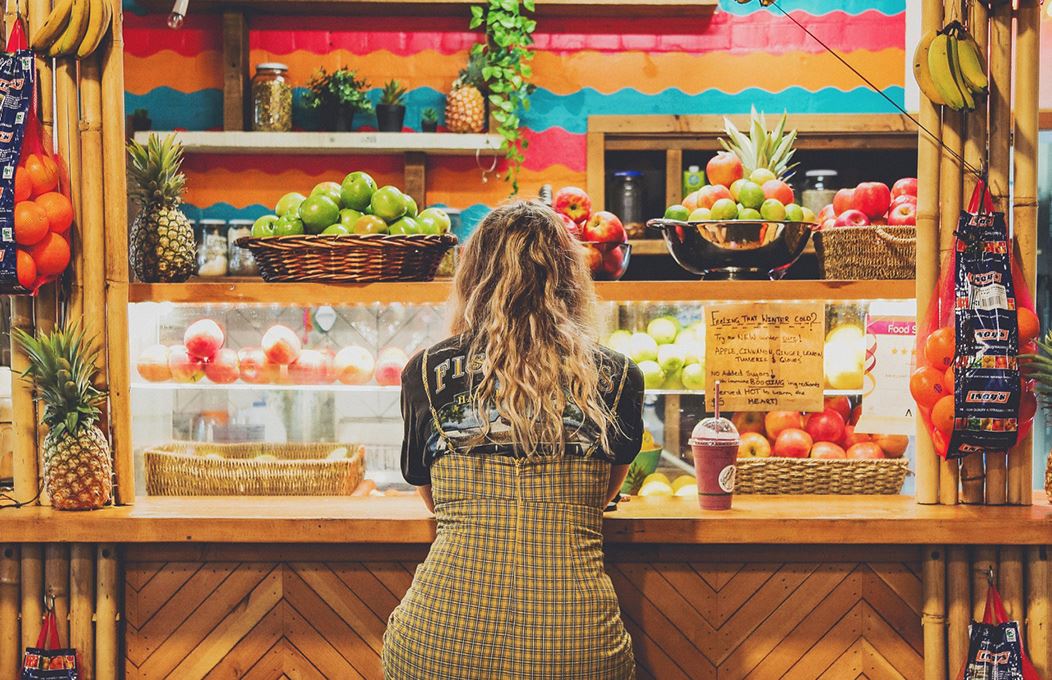 Organic foods have become increasingly popular over the past 10 years, so it’s natural to wonder what’s behind the hype? You might also wonder why some foods labelled as organic or sold in organic farmer’s markets are pricier.

One of the main reasons that organic food has hit the mainstream is because it’s claimed to be free from pesticides. This minimises the harmful effects of toxic chemicals which have been linked to a range of health and environmental impacts. But there are so many more reasons why organic food is now the preferred option for many.

This article will guide you through the world of organic foods, their importance, benefits, and basic facts. Keep reading for everything you need to know.

#1 – What Does Organic Actually Mean?

The word “organic” refers to how agricultural products are grown and processed. While standards differ by country, organic crops in the USA must be farmed without the use of synthetic pesticides, herbicides, or fertilisers, and without bioengineered genes (GMOs).

Furthermore, organic meat, eggs, and dairy products must come from livestock that has been raised under natural living circumstances. The animals must be able to enjoy their natural behaviours like grazing on natural pastures. They are fed organic forage and feed. To know more about healthy food, click here.

Organic production also means that the animals do not receive regular antibiotics. Cattle and poultry are kept away from any growth hormone injection or any animal by-products. This ensures a more healthy and sustainable way of raising livestock that causes less of a  harmful impact on the environment as well as the end consumers. 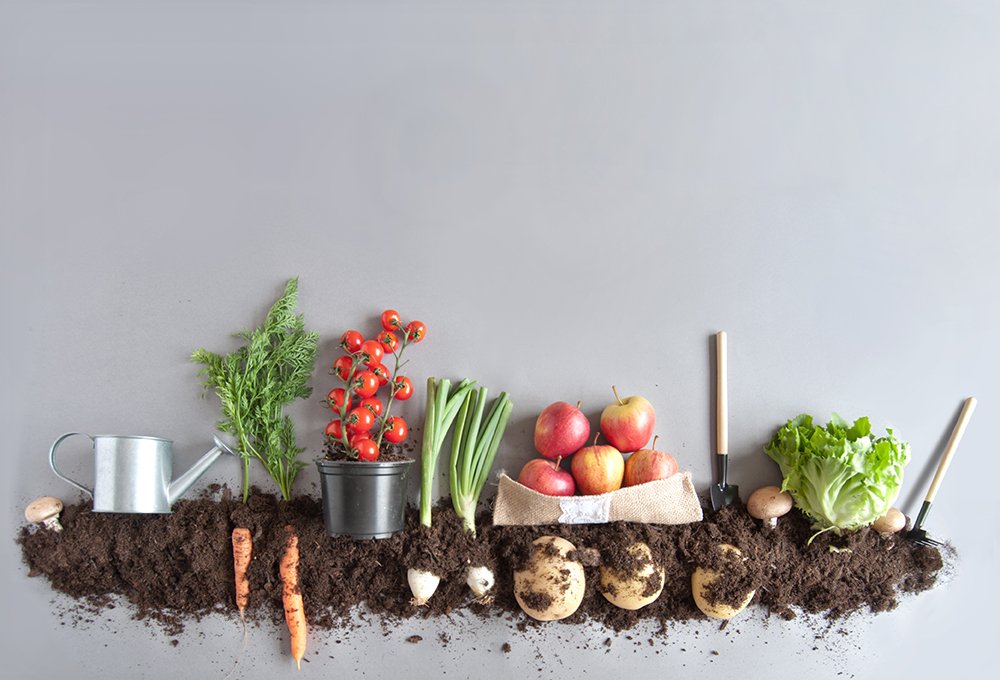 In the USA for example, to get the official organic seal of approval, the final product must adhere to strict production, handling, and labelling criteria, according to the United States Department of Agriculture (USDA).

These are the rules which are compulsory for ‘organic’ production: livestock should have access to the outdoors, they need healthy living conditions and enjoy at least 30% pasture feeding. They must also be free of antibiotics or growth hormones and eat organic foods themselves.

Some methods that are not allowed in organic farming include: using sewage sludge as fertilizer, use of synthetic fertilisers, almost no usage of synthetic pesticides, no genetic engineering and no irradiation.

To help you understand the differences between organic and non-organic food easily, take a look at this table.

There are many benefits of consuming organic foods. Some of these advantages are listed below.

Organic Foods Are Better for Your Health

Your physical and mental health, as well as the environment, are all affected by how your food is grown or farmed. Some people with allergies to certain foods, chemicals, or preservatives discover that their symptoms are alleviated when they have a diet that consists of organic foods only. This is mainly because organically produced food has more nutritional value and has no synthetic additives.

Pesticides are less prevalent in organic vegetables. In conventional agriculture, chemicals such as synthetic herbicides, insecticides, and fungicides are frequently used, and residues linger on (and in) the food we consume.

Since organic food does not contain preservatives that extend its shelf life, they are often fresher. Organic produce is sometimes (but not always) grown on smaller farms closer to where it is sold (so keep an eye on where it comes from).

Organic Farming and Consumption is Better for the Environment

Cadmium is a poisonous metal that can harm the human body. Because organic farming does not use synthetic fertilisers, organic grains contain less cadmium. Organic vegetables contain fewer pesticide residues than conventional produce. Certain pesticides have been shown to have negative impacts on children’s cognitive development at certain levels of exposure, according to research. However, individual pesticides and their effects on people have yet to be thoroughly investigated.

Organic Foods Are All Natural and GMO-Free

GMOs are not present in organic food. GMOs, also known as genetically engineered (GE) foods, are plants whose DNA has been changed in ways that are not possible or through traditional crossbreeding, most typically to make them pesticide-resistant.

There is no formal definition for “local food,” unlike organic standards. It can be cultivated in your neighbourhood, state, area, or country. During the majority of the year, food grown near to home can generally be found at locations like a farmer’s market.

Some small farmers in the locality employ organic practices, although they may not be able to pay to be certified organic. You can visit a farmer’s market and inquire about how they grow and prepare their products. 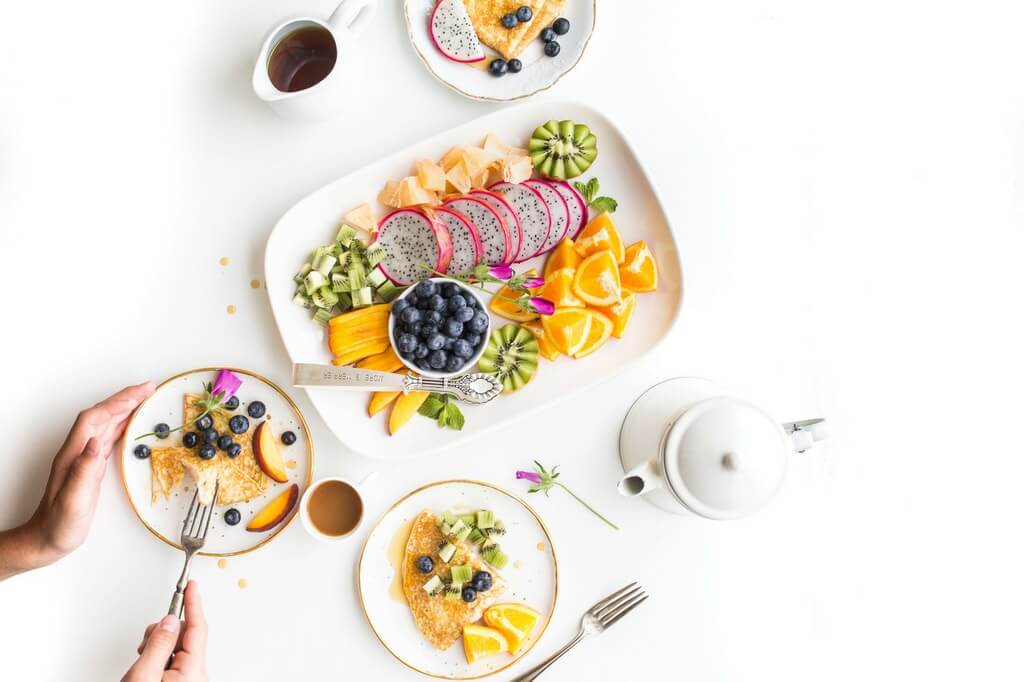 There are numerous benefits of opting for locally grown food. Some of them are here below.

Supports the Local Farmers and the Economy

The money stays within the community. Instead of going to marketing and distribution, the money goes directly to the farmer. It is an efficient and sustainable practice.

The Local Produce Are Not Adulterated With Synthetic Chemicals

In the United States, a meal travels nearly 1,500 miles from the farm to the dinner plate. Produce must be collected when still unripe and then gassed after shipment to “ripen” it. In other cases, the food is heavily treated in factories, where preservatives, irradiation, and other methods are used to keep it stable for transport.

Local produce doesn’t require any transportation, and so farmers do not need to pick the crops prematurely. They are not drenched in synthetic chemicals and therefore, they’re safer to consume.

As mentioned earlier, local food is not usually treated with any adulterating additives. Local produce is harvested when it is ripe, making it fresher and more flavourful. Meals made with the local produce taste better and are healthier. This makes healthy mealtimes more enjoyable.

#6 – Are Organic Foods Free of Pesticides?

Low pesticide levels are one of the key advantages of eating organic. Contrary to common assumptions, pesticides are used in organic farms. The difference is that they only use natural pesticides rather than synthetic pesticides that are commonly utilised on commercial farms.

Natural insecticides are thought to be less hazardous, yet some have been linked to health problems. However, eating organic will likely reduce your exposure to dangerous and toxic pesticides, irrespective.

#7 – Why Is Organic Food Expensive?

Organic food requires more labour since it is produced without the use of synthetic chemical fertilisers, pesticides, or medications. Organic certification is costly, and organic animal feed can be twice as expensive. Without government subsidies, fixed expenses and overhead must be spread across lower production volumes because organic farms are often smaller than conventional farms.

Organic foods are proven to have a lesser harmful impact on the environment. Organic farming is a sustainable practice and supports the local economy, encouraging proper livelihoods of the humble farmers. Foods that are naturally cultivated contain lesser toxins and are more nutritious.

Organic foods also have a better flavour, making them more enjoyable to eat! Opting for organic produce and meat are better food choices. It can be a bit pricey to eat solely organic foods, but it’s worth it.

MORE – 7 Organic Tips To Get Rid of Stretch Marks