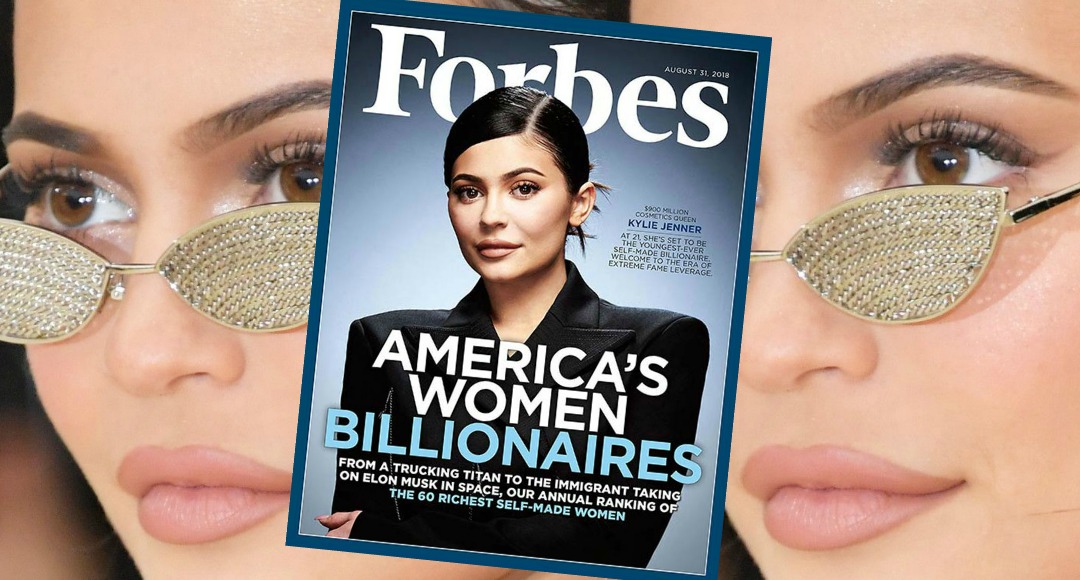 It goes without saying that Kylie Jenner received a massive (some would say unfair) advantage in life which culminated in her creating an almost billion dollar business (so far) and covering Forbes magazine by age 20.

Her famous family, her big sister’s sex tape, her momager, and her life in the spotlight generally, are all cited as reasons for why the littlest Jenner “made it”. Of course, these are the same reasons used to explain why she isn’t worthy of the accolade, least of all be titled a “self made” success.

As the story blew up, all anyone could care about was the “self made” question – was she or wasn’t she? For every person reciting the dictionary definition of “self made” there was another definition being thrown back.

But really – whether “self made” or not, by any definition, is that all there is to this?

It’s a no-brainer that without her particular (and very unusual) set of circumstances Kylie Jenner would not be a household name, nor on the cover of Forbes for sure. Her distinct set of advantages have set her aside from the 99.99% of the majority who cannot rest upon these things – this is indisputable.

But rather than pick back and forth on whether or not she is “self made” (an obvious move by the magazine anyway to generate controversy and clicks, and not – we’d have to assume, a title of her own choosing), a more valuable point here is the WHAT in what Kylie Jenner has pulled off.

The lesson to learn from Kylie applies to everyone. Getting a handle on this particular skill / way of operating / thinking / mindset is essential to get from where you are to where you want to be. It is available to any person, from any walk of life, and best of all it is FREE.

And no, the answer is not just try and get yourself adopted by a rich TV family. So you have to think strategically here!

One leaf (there are several) we can take out of the ‘Kylie Jenner book of success’ is how to use leverage.

If you are breathing, you have something to leverage. Every person can leverage themselves to go from point A to point B, and in Kylie’s case, to somewhere around point D, E ..or T? (We don’t know where her success will go next. Like all of us, her end point is yet to be written.)

YES – Kylie Jenner certainly did have some extremely lucky circumstances that afforded her an immense opportunity that the vast majority of people will never have. BUT – she has very cleverly leveraged her circumstances to the hilt as well.

She could have simply cashed in her cheques from her cruisy little role in Keeping Up With The Kardashians and lived happily ever after – but she didn’t.

She could have kept on spruiking the wares of other people’s brands on her instagram, but she didn’t.

She could have simply lived the typical life of a young, super rich person – partying, shopping, living large (and most likely burning out at a young age), like so many others have done before her.

She could have just started a little celebrity side hustle – branding some random products with her name, like so many other celebrities have done. It may have succeeded, it may not have.

She could have genuinely attempted to launch Kylie Cosmetics and it could have flopped – or turned out mediocre at best.

She could have started Kylie Cosmetics with the backing of a huge beauty conglomerate – she didn’t.

She could have started a cosmetics company and merely been the face of it, with no genuine hand in the creation of the products or the marketing – she didn’t.

There are plenty of things Kylie could have done, but instead, what Kylie ACTUALLY DID was use her fame, her accelerated life experience, and her intimate knowledge of her most valuable asset (her fan base and fame) and she produced a product – from scratch – that not merely spoke to her audience, it solved their “problem” and made them throw their credit cards at the checkout screen faster than anyone could keep up.

She capitalised on her less-than-perfect pout, by making a “problem” out of it! Millions watched as Kylie’s thin lips (which she publicly hated on), got bigger and bigger and BIGGER. And as day follows night, her legions of fans wanted the same for themselves.

Soon enough, for those that couldn’t afford lip fillers, or didn’t like needles, or were too young for a trip to the injectors office, Kylie presented the SOLUTION: The Kylie Lip Kit.

Kylie nailed the problem-reaction-solution equation, simultaneously creating a problem in the minds of the audience (having small lips) then producing a $29 solution to make them look bigger.

However, like all good leveragers – Kylie didn’t end things there! Using her now super-sized fame, and leap-frogging off the success of her lip kits, Kylie then threw in a mysterious pregnancy, while drip feeding the masses with further product offerings.

Through her innate social media savvy, which include hourly updates to snapchat and instagram (again, using the tools available to any person, for free) Kylie brought millions of customers into her world, while building a demand for her products in the process.

As it stands, Kylie Cosmetics has only 7 full time staff! This is mind boggling considering the turnover and size of the business she has built, and I think it goes to show that she is not buried under a myriad of brand consultants and experts which would be an easy way to account for her brand’s success, if it were true.

For these reasons, in my mind, Kylie’s success is owing to her, and it’s interesting. She could have simply just done nothing and coursed along on her paychecks from others. But at 17, she conceived of a brand, tapped into her tools and made a massive success of it. Regardless of her super-elevated starting point, she has excelled.

The point is – we don’t need to be as famous or as rich as Kylie from the outset to try big ideas and reach our own personal potential.

We all have a set of circumstances and personal traits worthy of leverage. You may have a particular knack for dealing with others, you may be a skilled performer, an ideas person, or be able to solve mathematical equations. Perhaps you have had a great education, are fast on your feet, have a strong creative streak, or you’re particularly attractive.

The skill worth harnessing, is being able to identify what you HAVE GOT and building upon it – using it – in the most advantageous way possible.

Whereas plenty of celebrities and offspring of the wealthy amount to little in the long run, what Kylie’s story so far shows us, is that what separates the people who “make it” from those that don’t, is to do with how people use their own leverage. How they piggyback off their unique attributes: identifying them firstly, then amplifying them outwardly for maximum impact. Rinse and repeat.

Bottom line: use whatever tools you have at your disposal to get from A to B.. to Z. Those that can’t understand – or won’t leverage themselves will sit on the sidelines throwing shady tweets at others to pass the time. Successful people – by any definition of “success”, never limit themselves to this kind of thinking – and neither should we. 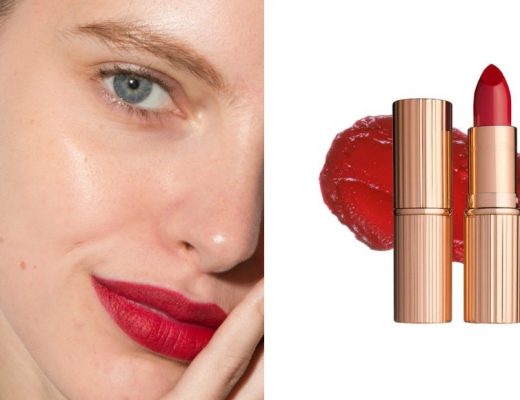 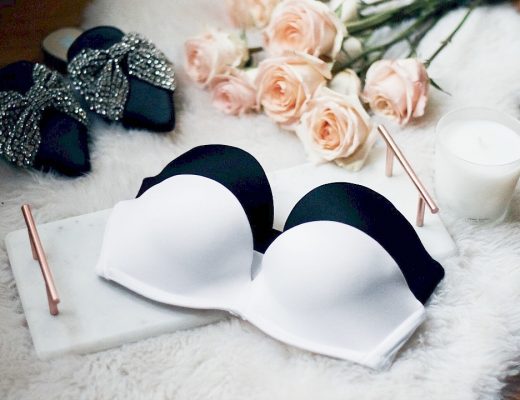 How To *Always* Buy The Perfect Bra