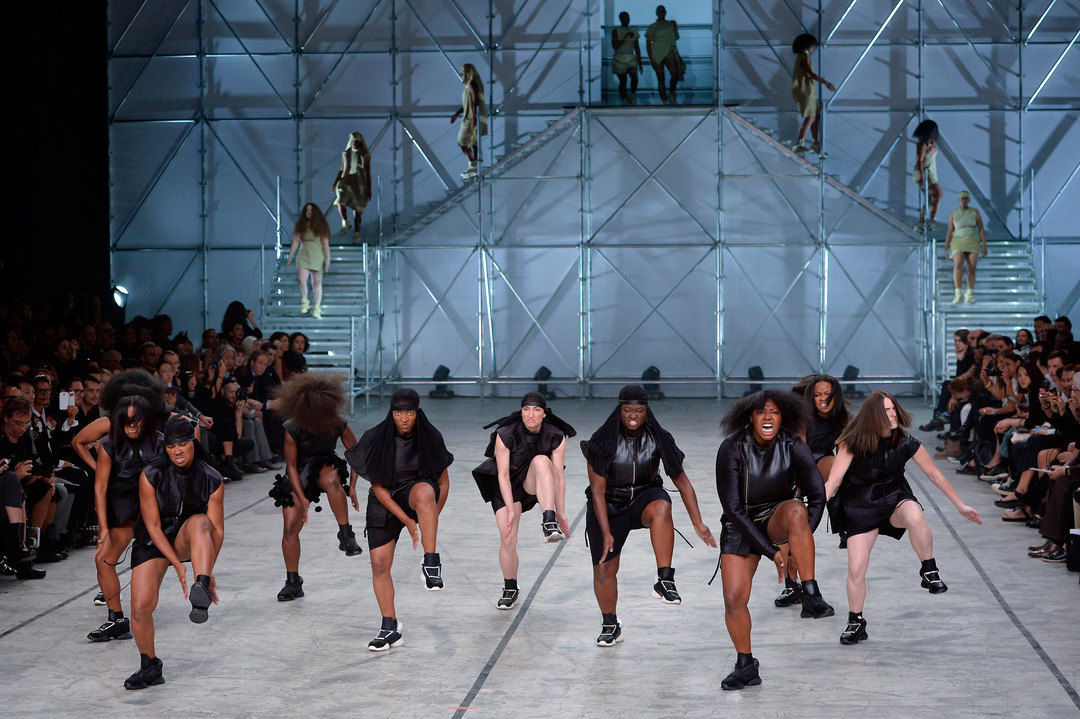 Quite possible the most tweeted and instagrammed show of the entire fashion week season thus far has been Rick Owens in Paris.

We have all come to to expect the unexpected from Owens, who is always pushing the boundaries but this season is quite possibly one of the biggest steps forward in fashion and diversity in the last few years.

Owens hired an competitive step dance team to model his spring 2014 collection- that’s right…no waif like Parisian models- an entire troupe of stepping, fiercely fabulous (to quote Tyra) women of colour. So why is the fashion world in such shock?

There’s been a host of discussions this past fashion month that arise year after year about issues like lack of racial diversity as well as body diversity.

Says Owens (commendably) of his choice in casting:

“My message is about breaking down barriers and breaking the rules. Doing the unexpected and shaking people from their complacence, forcing people to face the future where old prejudices have no place. For example, the public expects to see pallid girls in high heels walking my show and I give them a fleet of black beauties in flats!”

While it is utterly depressing to note that Owens is “breaking the mold” by merely casting women of colour and different sizes, the thing to take away from this is that it actually happened, the show was actually amazing, proving to fellow designers, agents and media that diversity is nothing other than a positive thing!

You can check out Style.com’s backstage interview and footage of the troupe in action below- its well worth the watch!