Levi’s: Sustainability Is Woven Into Everything We Do 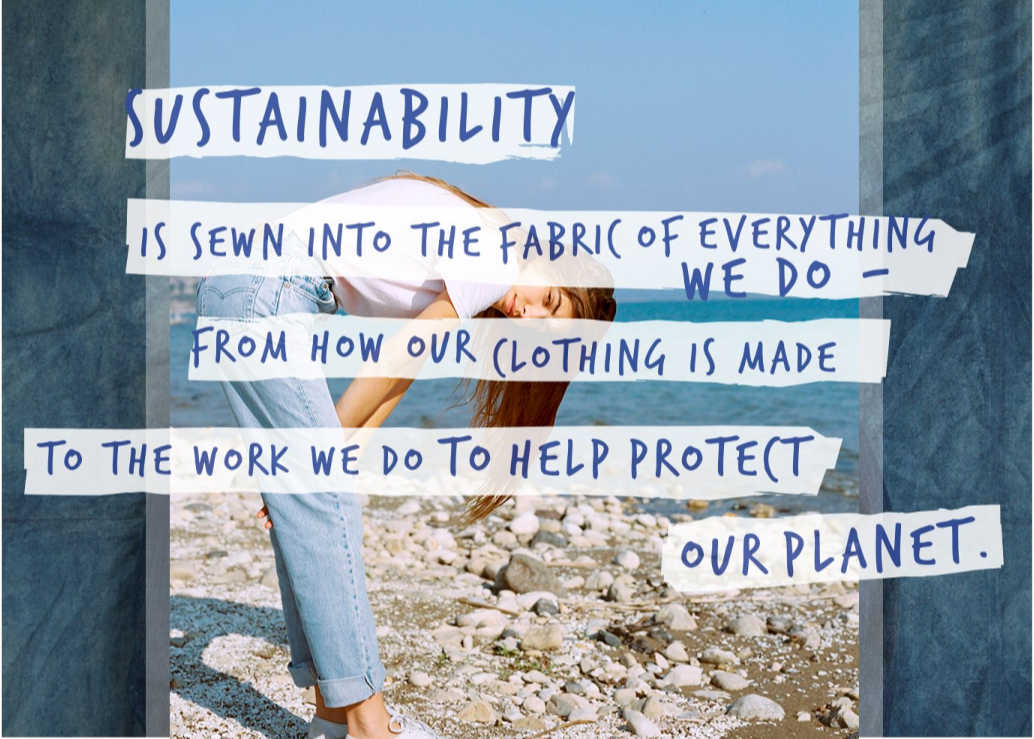 As one of the world’s most iconic brands, you might mistake Levi’s for a company who’s central focus is on engaging their Instagram fans, rather than supporting environmentalists, but you’d be wrong!

Levi’s have been in the clothing business for almost 170 years, and they have been using sustainable practices and making humanitarian choices since their first sale of a pair of jeans. This is great news if you’re a fan of Levi’s, because it means we can look great and feel even better about wearing our favourite denim pieces.

We tapped Levi’s who gave us a pretty impressive run-down on a few of the sustainability highlights they’ve achieved over the decades. 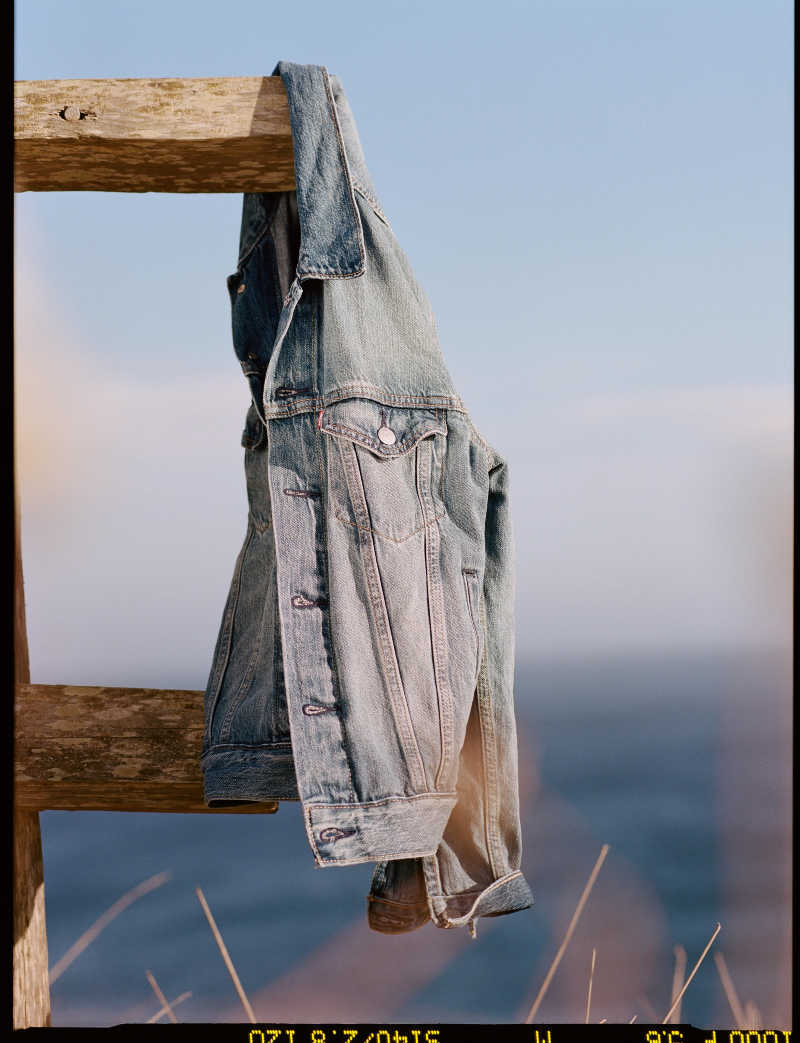 Back in 1991, it was considered groundbreaking for a brand to put their hand up and offer to help prevent environmental damage! Levi’s Terms of Engagement was an industry first that set the standards for other apparel companies to follow. The T.O.E sets out the environmental provisions, ethical standards and worker wellbeing practises that Levi’s and their business partners must follow.

#2 – Levi’s is a founding member of the Better Cotton Initiative, which is the world’s largest cotton sustainability program.

This famous program was developed in 2012 and consists of more than 20 water-saving techniques that are used in production to reduce the amount of water used as well as reduce wastage by reusing water. The Water<Less™ program has been hugely successful, with 68% of Levi’s denim products being made with this technique in 2020. Thanks to this program, more than 3 billion litres of water have been saved and nearly 5 billion litres have been recycled since 2011.

#4 – In 2013, Levi’s Screened Chemistry Program was started in order to identify safer alternatives to the chemicals currently used within the industry and to reduce the chemical impact of Levi’s on the environment.

This innovative operating model automates the production and finishing processes of denim products, minimises the time to market and – best of all – makes it possible for thousands of chemical formulations to be removed from the finishing process. 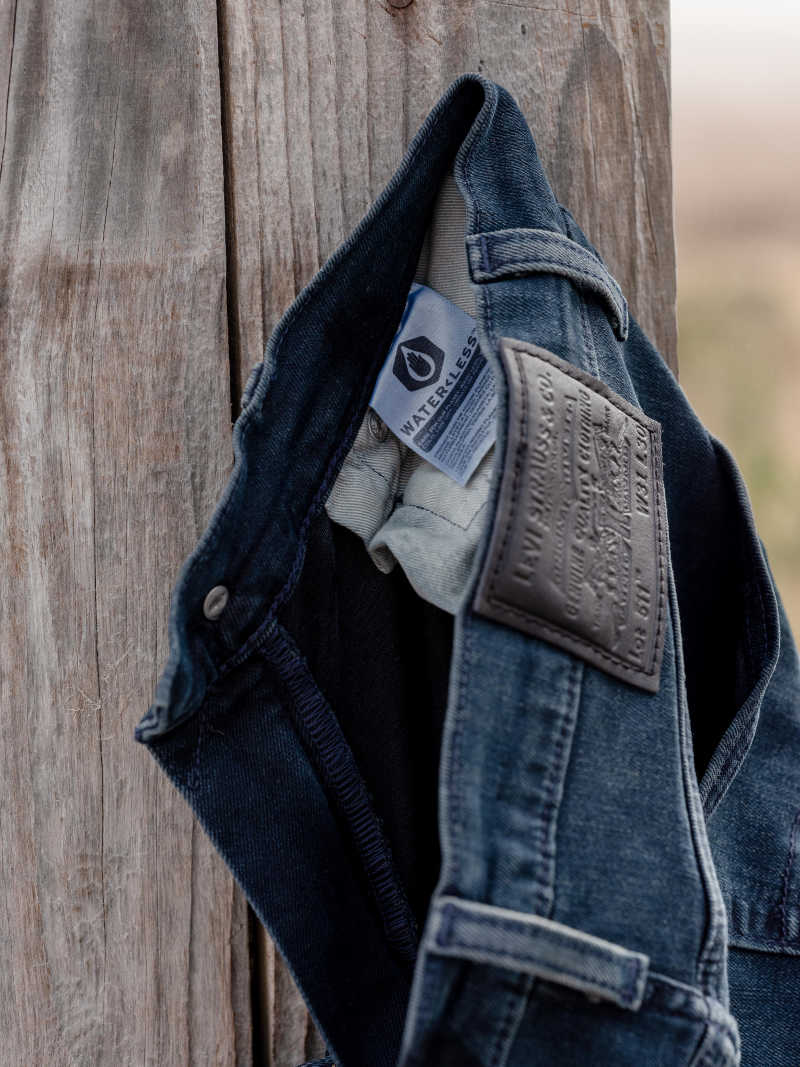 According to the company, they’re not going to rest on their past deeds. Levi’s will not only continue to find innovative methods for reducing their own environmental footprint, they will continue to lead and fight for change across the entire industry to ensure a better future.

The company has vowed to reduce their water usage in ‘water stressed’ areas, with a goal to use 50% less water when manufacturing jeans in these areas by 2025.

Another water-saving initiative as part of the Water<Less™ program is to broaden their future focus to prevent water wastage in cotton cultivation and home care (washing at home). They’ve already added consumer care labels that suggest washing their jeans in cold water, washing them less often and hanging them to dry, instead of using a dryer.

In order to minimise water consumption during cotton cultivation, Levi’s have partnered up with BCI to ensure standards are met. Finally, the Water<Less™ program has been so successful, this trend-setting company is now sharing its water-saving techniques industry-wide, as they understand it takes more than one company to make a lasting change.

Levi’s position is that companies who wish to lead these changes should state their intentions and state them loudly, so that it holds other companies accountable too. So as you can see, wearing those famous pair of Levi’s isn’t just a fashion statement, it’s also a statement to the world that you support the companies who care about the environment and want to lead change.