Want to get the Spring 2011 look now? Well we’re going to show you how! M.A.C cosmetics were sending some fabulously made up models down the runways of shows like Jeremy Scott, Rodarte and Monique Lhuillier at New York Fashion Week last week, so we thought we’d show you how to steal to looks! 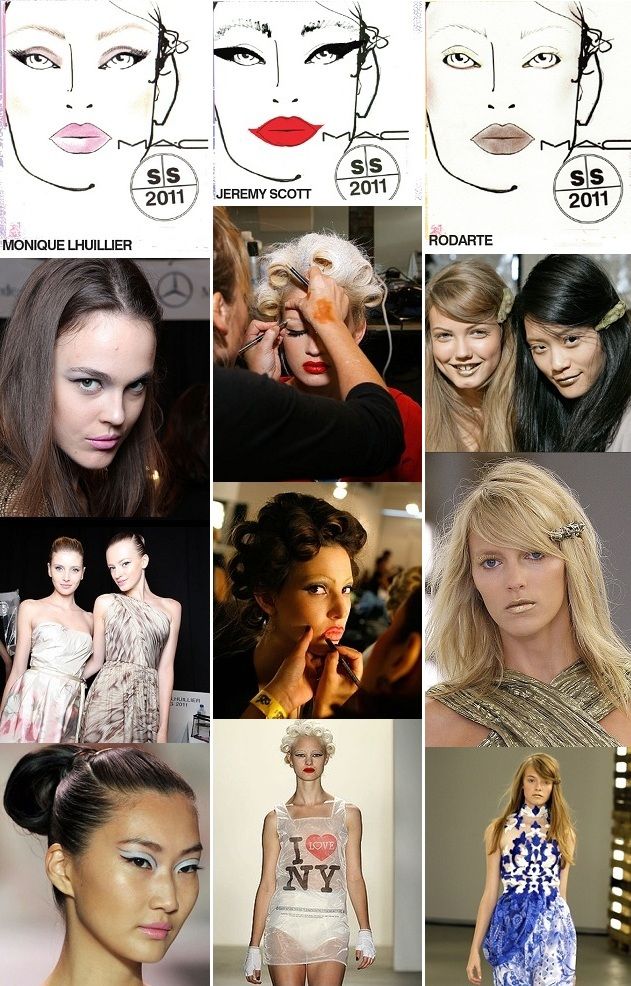 Eyes: Layer digit and vellum coloured MAC eye shadows on. Apply crystal eye shadow through the crease of the eyes with a layer of idol eyes eye shadow applied wet on top. Add woodwinked eye shadow on the inner corners of the lip. Next, line eyes with blacktrack fluidline out in a winged shape. Finally, you’ll need to attach half a row of false eyelashes to the outer corners of your eyes.

The vamp look at Jeremy Scott:

Creator of the look, Val Garland describes the look as “a collage of chaos- Marilyn Monroe meets Debbie Harry at the CBGB’s”

Eyes: Blend pro pure white painstick from the lashline to brow and set with a layer of gesso eye shadow.  Buff pro brown cream liner through the crease of the eyelids to create depth. Brush irridescent silver dusk loose powder over blocked out eyebrows to create the illusion of a highlighted brow bone. Draw pro black or pro brown creamliner above blocked out brows to create defined, arched brows. Using the same creamline, draw dramatic, winged out lines along the upper lash line. Apply 7  false lashes to the outer corners of the eyes, then 3 lashes, cut in half and applied on top for extra drama. Finally, use pro lash black mascara on lashes and blended through the false lashes.

Lips: Using cherry lip pencil, line the lips past the outer corners of the mouth into an exaggerated cartoon like shape. Next, paint on MAC pro basic red micronised airbrush to fill in the lips. Pat on top MAC pro basic red pigment for a super matte mouth creating a ‘drawn on’ effect.

Face: Use studio sculpt foundation for perfected skin and MAC pro mid-tone sepia cream colour base to contour and sculpt the cheekbones.

Creator of the look, James Kaliardos says the look is “all about Northern California, giant redwoods and the gold rush of 1849”

Eyes: Blend NC42 select cover-up concealer onto the eyelids. Use 36 lash false lashes  painted with golden lemon pigment and apply to the lash line. Using the same pigment, blend on to the inner and outer corners of the eyes. Finally, use I get no kick eye kohl (not available until 2011!) to draw onto the waterlines of the eyes.

Lips: Apply MAC pro lip erase in dim as a base on the lips. Use MAC pro rose gold metal pigment and golden lemon pigment to layer over lip erase for golden lips.

Face: Use studio sculpt foundation to perfect the skin with an eggshell finish. Next, apply prep and prime transparent finishing powder but brushing down the t-zone (forehead, nose, chin). Finally, using quarry eye shadow, contour the cheekbones and temples and then use pearl cream colour base high on the cheekbones. 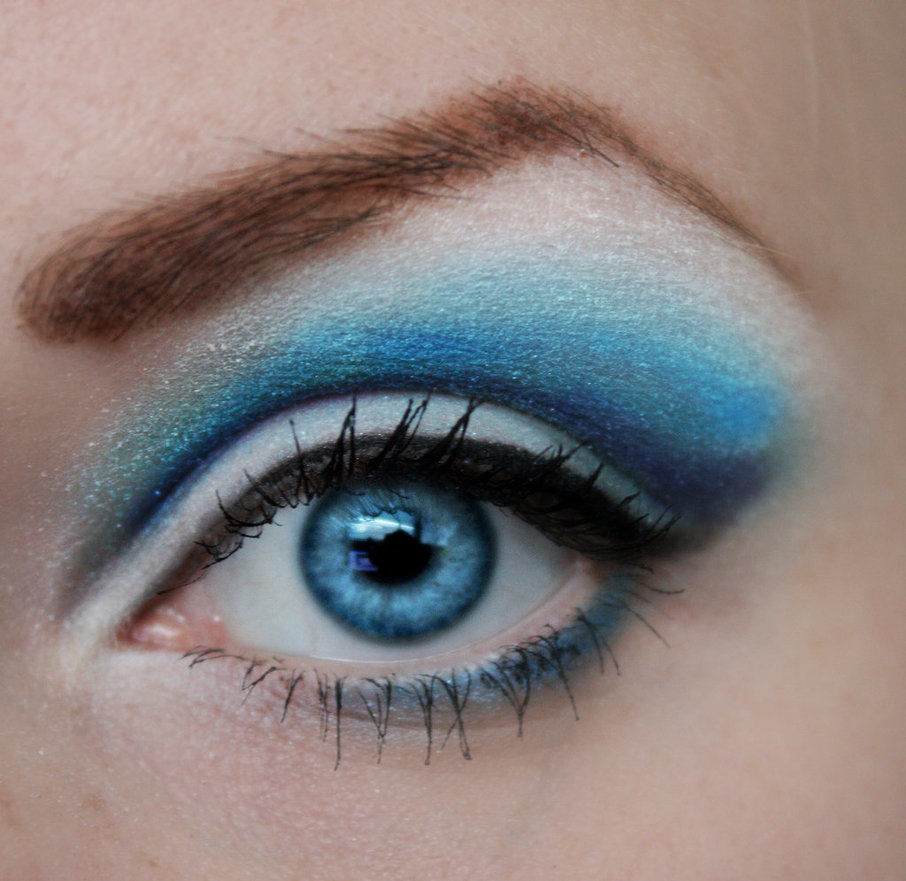 Fashion Week Beauty: Into The Blue 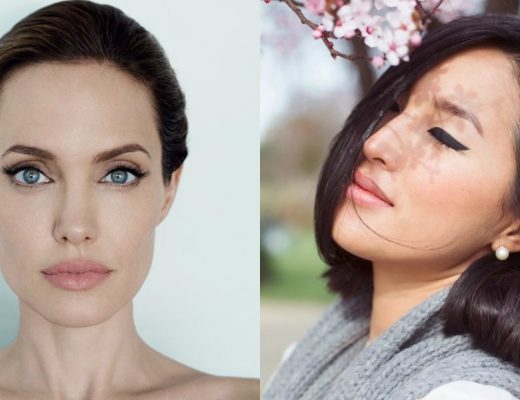 How To Do Winged Eyeliner For Your Eye Shape 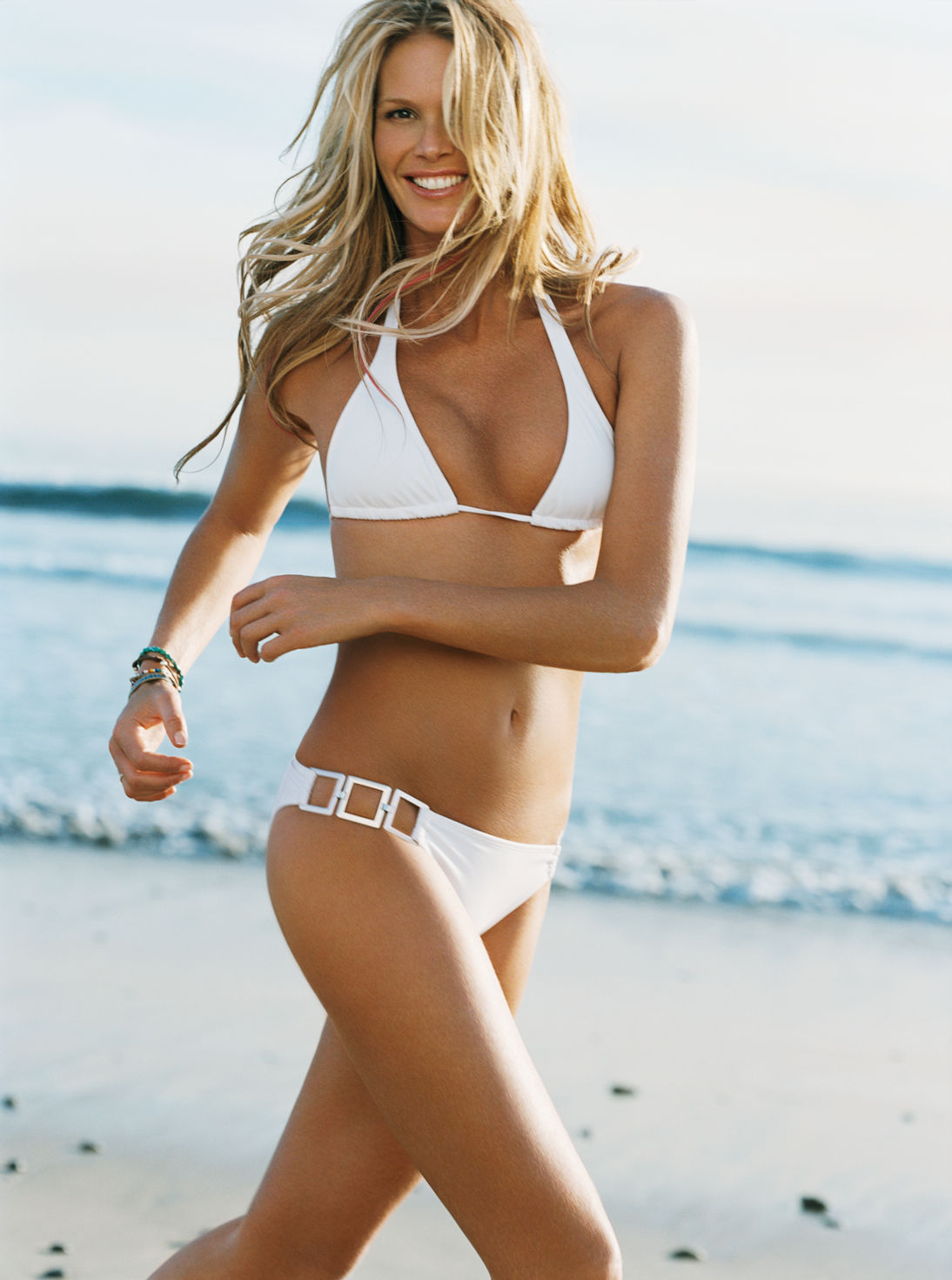