Fans of Gossip Girl know Blake Lively as ‘IT Girl’ Serena van der Woodsen, however the beautiful 27 year old is a lot more than that. Her leading style and well-rounded repertoire make this lady totally deserving of this week’s Woman Crush Wednesday #WCW!

This stylish red-carpet fixture was featured in 2011’s TIME magazine ‘100 influential people’. To help raise awareness and funds for women’s health and education, she participated in Gucci’s ‘Chime for Change’ 2013 campaign.

Last year, the successful actress launched a digital lifestyle magazine and e-commerce website called Preserve. The online store allows a percentage to be donated to the organisation ‘The Covenant House’. This philanthropic cause helps fight homelessness, trafficking and youth abuse.

Recently, she has used her fame as a platform to meet survivors of sex trafficking and visited the anti-trafficking organisation ‘My Life My Choice’, as part of a new series called ‘A Path Appears’. 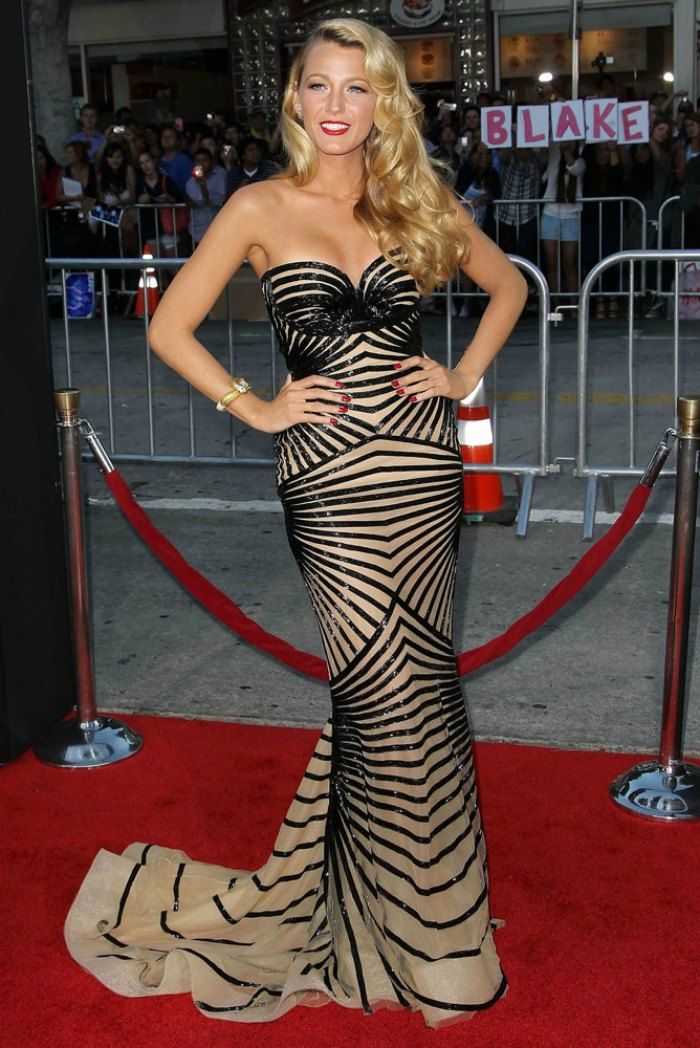 Every bit the movie star bombshell, for the LA premiere of her film, Savages, she wore a Zuhair Murad spring/summer 2012 couture strapless gown. Image: vogue.com

Lively has said, “The most powerful thing is for women not just to be the beneficiaries of change, but to be agents of it. My Life My Choice is such a powerful organisation because it utilises survivors. We’re not going to save all the children overnight, but these women will raise their children to be more educated, to be more aware. And it breaks the cycle.” 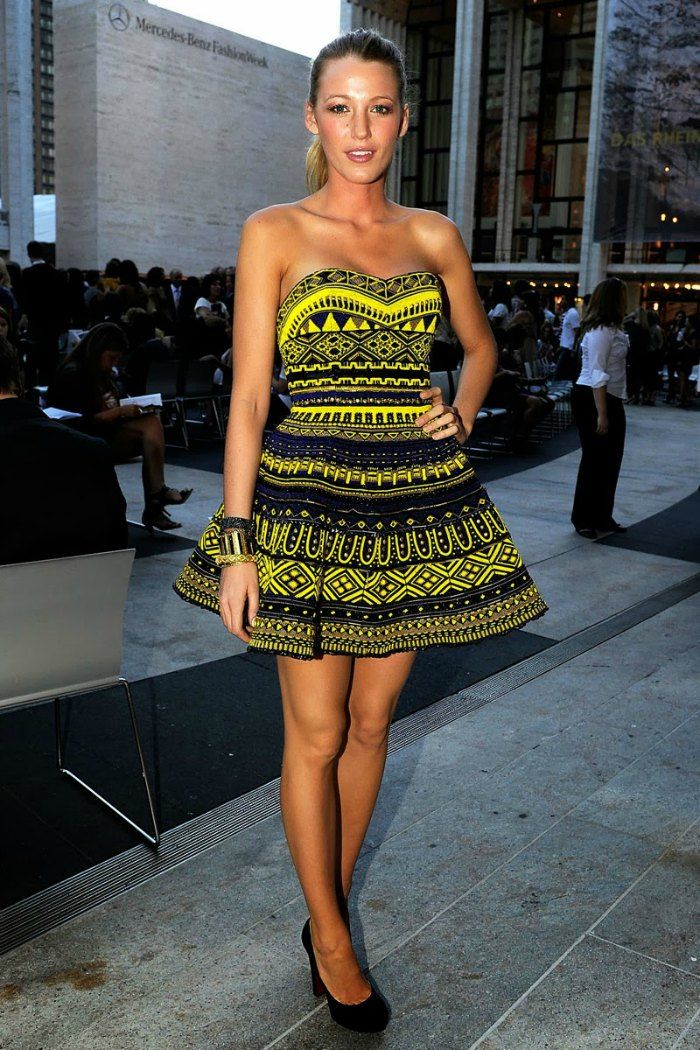 In a bright Marchesa strapless dress to attend a Fashion’s Night Out party in New York. Image: vogue.com

She has strutted her maternity style with sassy confidence, proudly showcasing her growing baby bump on the red carpet. This food lover’s style icons include Kate Moss and Audrey Hepburn. Her first major makeup campaign was in 2013, in which she was named the new ambassador of L’Oreal. 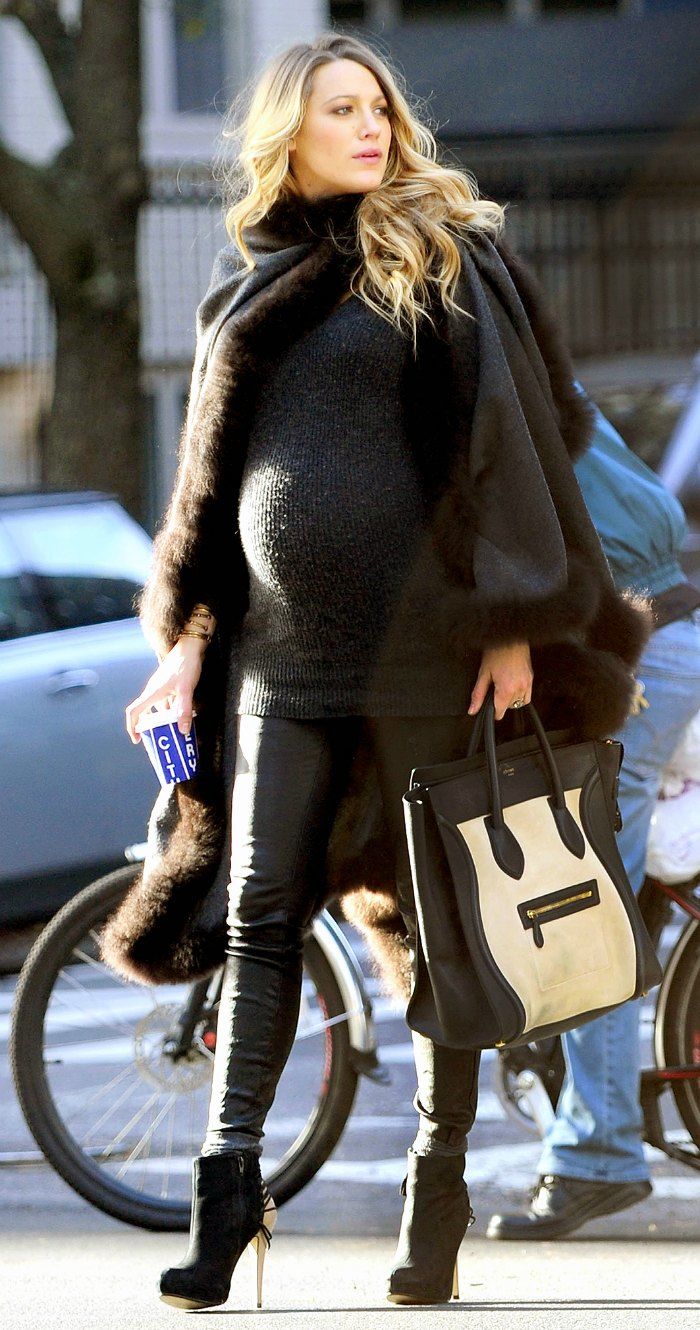 Spotted in NYC – looking as stylish as ever with large baby bump. We just hope she didn’t have to walk too far! Image: usmagazine.com

BEHIND THE SCENES: BLAKE LIVELY FOR GUCCI 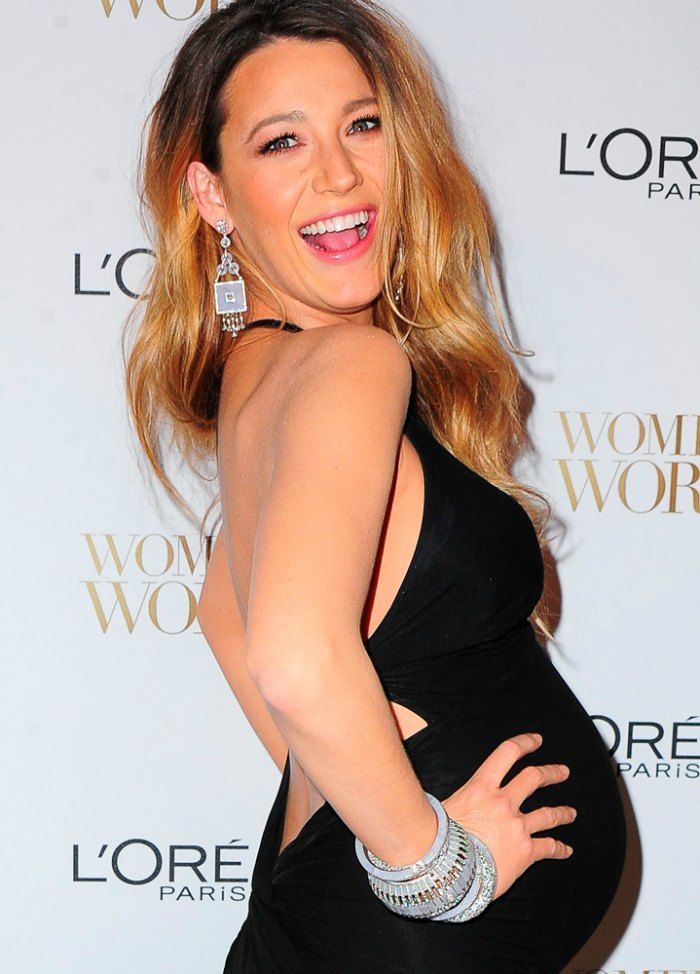 Last December, power couple Blake Lively and 38-year-old famous heartthrob Ryan Reynolds welcomed their first daughter Violet, near their home in New York. She married Mr Reynolds in 2012, which she met in 2010 while filming the superhero film Green Lantern together. 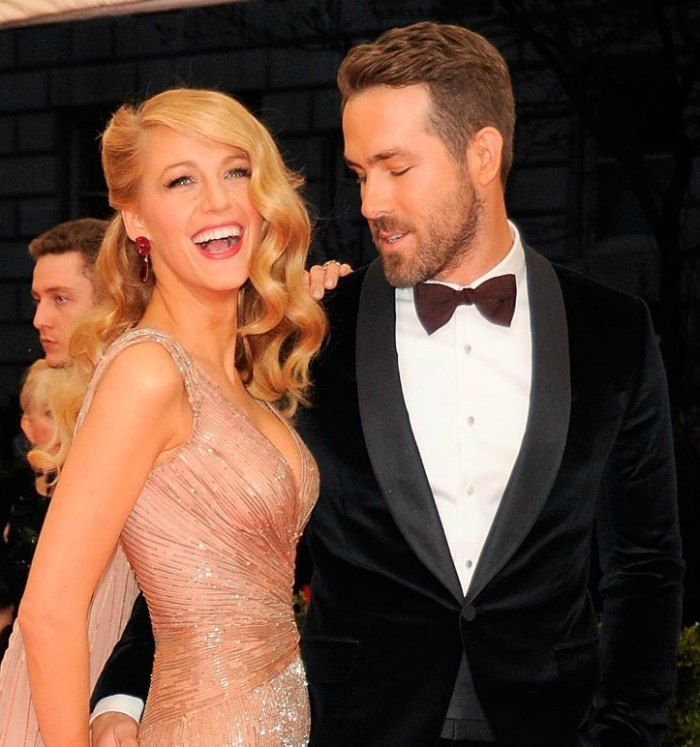 Lively grew to fame, when she co-starred in the 2005 classic Sisterhood of the Traveling Pants. Her major role in the fashion-forward show Gossip Girl, which premiered in 2007, put her in the limelight.

With its trendy outfits worn by her character, Serena, the series has made a serious impact on the fashion world! In 2011, Gossip Girl’s official clothing line was launched. It was actually so much of a success that it led to adaptations outside of the US and has scored 18 Teen choice Awards, among many nominations. 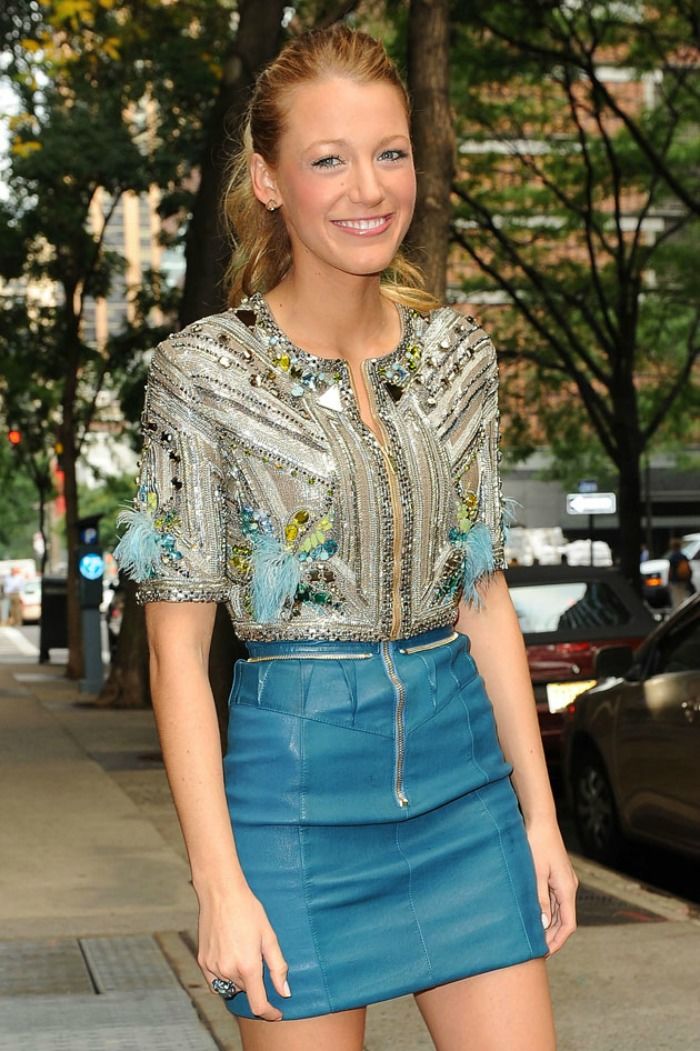 Looking every bit the IT Girl on the streets of New York in a blueleather skirt and embellished top. Image: fashionprose.wordpress.com

Some of Blake Lively’s other films include the drama film Private Lives of Pippa Lee in 2009 and the 2010 crime thriller The Town, in which she played a young mother. 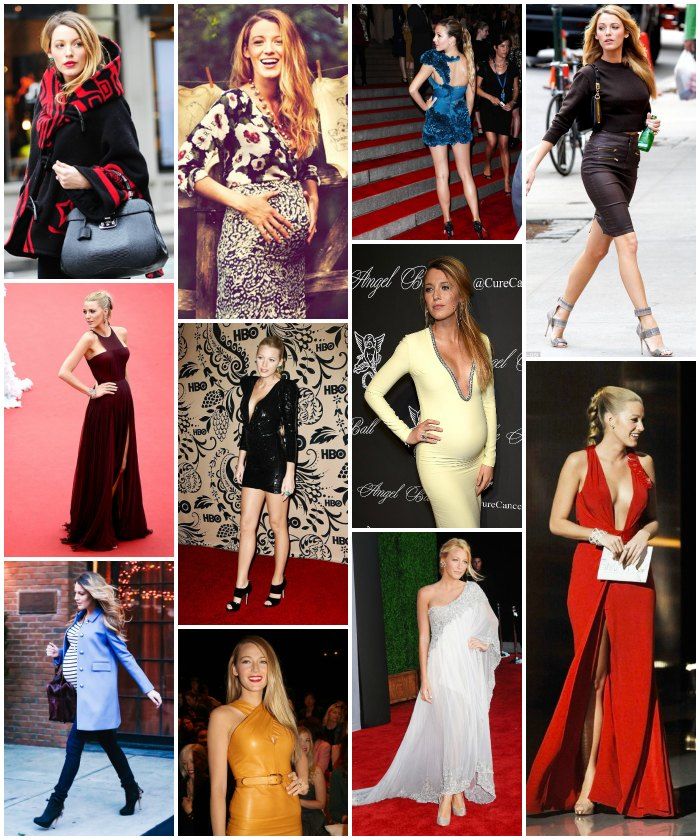 This multi-tasking beauty will star in the upcoming 2015 epic romance The Age of Adaline, which, from the looks of the trailer, seems pretty amazing. We can’t wait!

What do you think of Blake Lively and her style? Let us know in the comments below!

To catch up on some previous #WCW’s, click here, here and here. 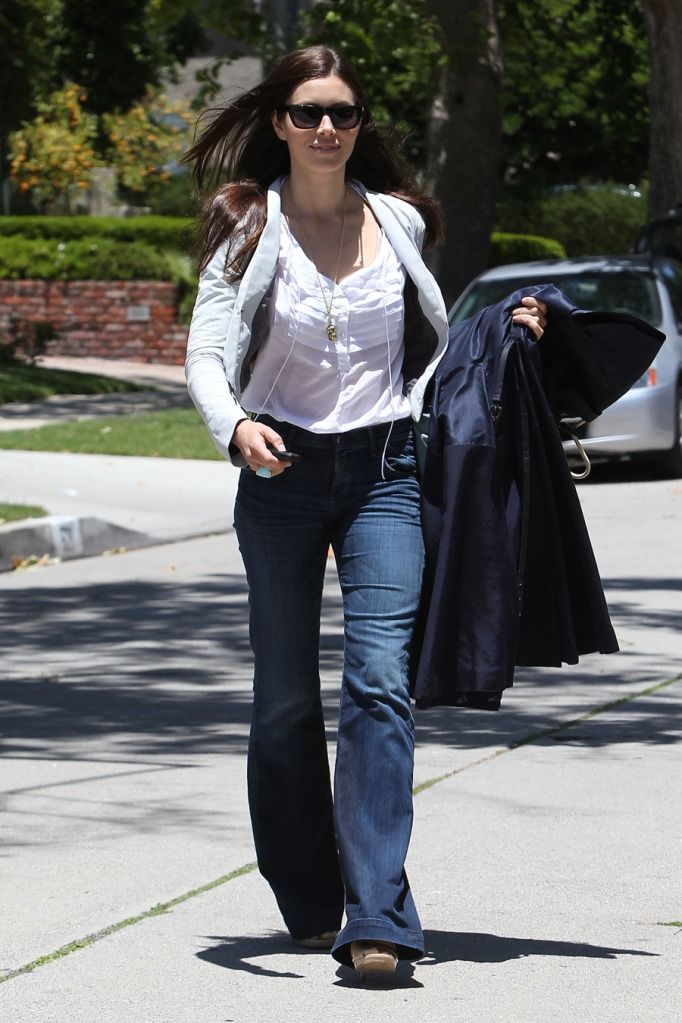 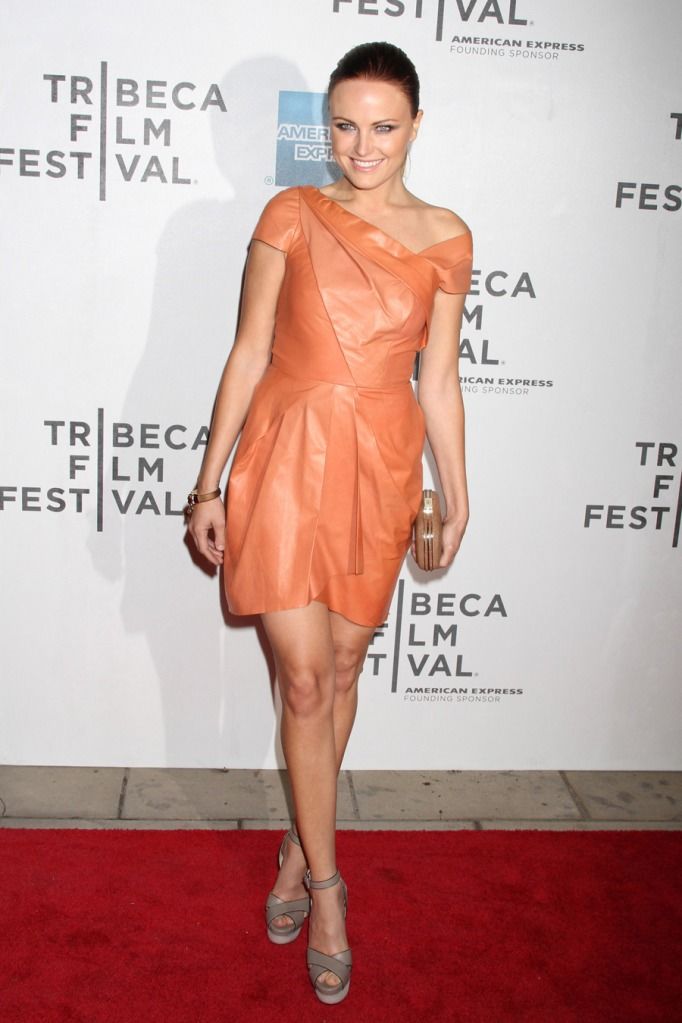 Malin Akerman at the premiere of “The Bang Bang Club”