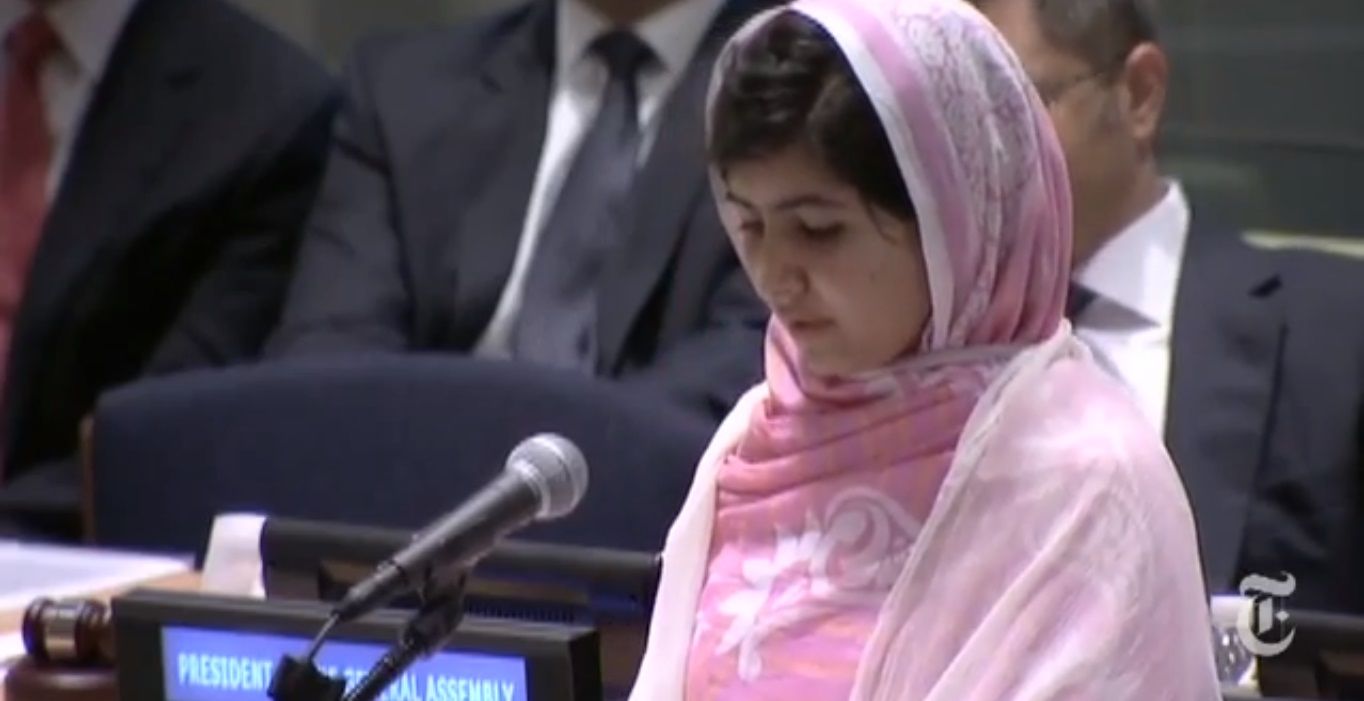 We are all about looking to inspiring women, and people that change the world here at BWA and if Malala Yousafzai isn’t just that…I don’t know who is.

At 16, I was probably hanging around in my room making up routines to the latest Britney song. At 16, Malala, Pakistani rights activist, spent her birthday addressing the United Nations Youth Assembly in New York with a speech that humbly reminds us of what so many people in the world are still fighting for.

You might remember Malala when she made news reports a little while back after she was brutally shot in the head along with her friends in Pakistan’s Swat Valley for her role campaigning for “secular education”.

Malala’s sheer strength of character as a young woman is inspiration enough in iteslf. She begins her speech mentioning the pink shawl she is wearing that belonged to another inspirational woman,assassinated Pakistani leader Benazir Bhutto.

Malala spoke calmly, with poise, and conviction over a thousand audience members including students, her family and delegates campaigning for education for women and children around the world.

She says, with wisdom well beyond her years, “Dear friends, on the 9th of October 2012, the Taliban shot me on the left side of my forehead. They shot my friends, too. They thought that the bullet would silence us. But they failed. And out of that silence came thousands of voices. The terrorists thought that they could change my aims and stop my ambitions but nothing changed in my life except this: weakness, fear, and hopelessness died. Strength, power, and courage was born.”

Malala is now the youngest Nobel Peace Prize nominee ever (with good cause).

I leave with you with the message that Malala would want the world to know most, “One child, one teacher, one book and one pen can change the world. Education is the only solution. Education first.”

Let’s celebrate strong women around the world and join our voice with Malala’s to affect change and make a difference for those who are not as fortunate.