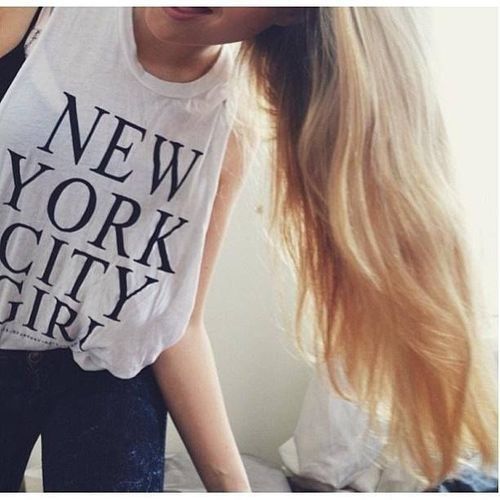 The closing of 2010 was a crazy time spent gallivanting around Europe and Mexico before finally moving to New York City. What prompted such a bold move you ask? Well I suppose it had a lot to do with winning the Green Card lottery! (Yes, it really does exist.) Faced with the prospect of finding a ‘real job’ and having to actually decide what on earth to do with my life, I was filled with mixed emotions. I had left all my friends behind and it soon became apparent I was moving to a country that was a) really snowy and absolutely FREEZING in parts, b) responsible for some of the worst and best political decisions and television shows ever made, and c) full of Americans. Could I survive here? And was starting in one of the world’s most harsh and expensive cities the way to do it?

As luck would have it a friend from Sydney had moved to NYC the summer before, meaning I had a couch to call my own plus an endless source of enlightenment regarding all the day-to-day realities of living in the Big Apple (namely, the chaotic and smelly maze that is the subway, the confusingly numbered blocks and streets, Social Security numbers, bank accounts and all of that other stuff.)

Unfortunately I had learned nothing of reigning in the purse strings at my mature age, so I arrived in one of the most expensive cities in the world FLAT BROKE. What I needed was a job and I needed it fast. But if there’s one thing I’ve always been good at it’s charming my way into gainful employment. So within 3 weeks of landing on US soil I ended up on the household staff of my new high-flying employers, looking after their 3 little ladies aged 7, 5 and 3 (think ‘The Nanny’.) 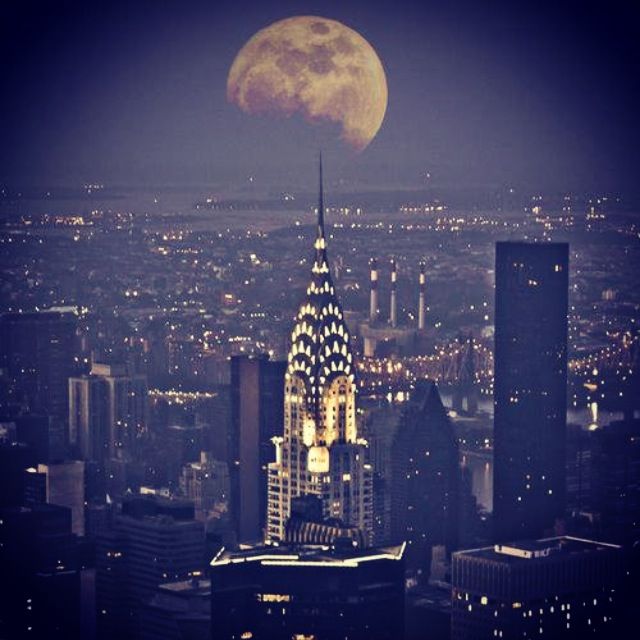 The most exciting part of being a real-life nanny was moving into their brand new, duplex Park Avenue apartment. This phenomenal abode had been constructed from scratch after the previous owner decided to join 2 whole floors together by way of a massive internal staircase, and then after the construction was complete, decided they no longer wanted to live there. (..Only in NYC!)

The apartment’s new owner (my boss) was a designer, and it was only fitting that the best of the best in terms of architects were employed on this remarkable remodel. The end result was a palatial suite of silver and golden hues, silk shag carpets, marble stairwells and glitter-sprayed feature walls. The family were very close-knit, so photos, the children’s artworks, holiday memoirs and family scrapboxes adorned the walls in almost every room, giving it a beautiful homely feel despite it’s grand size. I love to cook, and I reveled in creating meals for the family in the double-banked stainless steel kitchen with matching silver hardwood floors. Plus, I had a room of my own with a bathroom and a flat screen TV. I did feel a little like Cinderella (minus the Prince Charming).

What followed was a roller coaster ride of excitement. We partook in all Jewish holidays and celebrations which were very new to me, and I soon developed a taste for matzo, matzo ball soup, brisket and challah bread. I attended many a children’s party at the Metropolitan Museum of Art, The Guggenheim, Eloise’s Cafe at The Plaza Hotel and the magical ice rink in Central Park. I don’t know if you’ve ever had to teach 3 children how to ice skate all at once, but it involves a lot of you skating, struggling not to fall over and dragging them behind you.

My boss was an authority on all things events, design and party planning so there were television appearances (the kids, not me), fashion fittings and the odd party to organize for a host of the New York elite. Each event consisted of signature cocktails, hand-designed napkins and decorations, delicious catering and mouthwatering desserts and candy – my boss was good at what she did and by gosh she did it well.

My more everyday tasks involved taking the girls to school (as well as numerous extra curricular classes), helping with homework, attending play dates and the like. An added bonus to chauffeuring the girls around was that I got to peek into the in’s-and-out’s of some of the most beautiful homes imaginable – 5 story mansions on Madison Avenue, 21st floor apartments overlooking Central Park, old style brownstones with sweeping stoops – the architecture in New York is truly amazing and I was lucky to have been able to witness it all first-hand.

Traipsing around the city also afforded me some great celebrity spotting including a run in with Woody Allen on Park Avenue, one of the Olsen twins on the Upper East Side (I couldn’t tell which one!), and I also literally bumped into Kim Cattrall and Mario Cantone at the front door of the children’s grandparents place, (and kindly enough, they apologized to ME!)

Of course it’s not all drivers and designer parties – the hours were long and I despised waking up at 6am (I truly truly did). Kids are kids and can sometimes be a pain (especially if they are not your own), and it was at times a huge struggle to get on with the second, older Nanny (yes, there really was TWO nannies) – but I suppose all that paled in comparison to the perks that were involved.

New York City really does have it all.

Naturally I became restless, and longed for New York nights out on the town, a place to call my own and an office job – with adults to speak to, a water cooler full of juicy gossip and after work drinks to embarrass myself at. And so I gave it all up to scour the streets and websites of New York looking for my ‘dream job’.

Right now I am back in the saddle, searching for a day job in the most cut-throat city in the world… (And in answer to the earlier question – no I am not scared!) While the competition is tough I am in a much better position than when I arrived, having ample experience under my belt and a great new place to live in one of the globe’s coolest locales…Brooklyn.

New York is an extremely transient city. Most people you meet come from elsewhere, and good friends come and go in the blink of an eye. Not everyone can last here and it takes a thick skin and a go-with-the-flow disposition to do so. Luckily for me I have both. There are a million and one things to do here on any given day or night, ranging from free to the ludicrously expensive. There is cutting edge music, art, dining, fashion – you name it, New York has got it.

I may be in what I like to call an ’employment lull’ at present but there’s nowhere in the world I’d rather be. Upon winning the Green Card you’re faced with the question of where you’d like to live, and if you think about it that’s one hell of a conundrum. LA? Chicago? San Francisco? Washington DC? There’s an abundance of beautiful and varied cities across this fine land and all have their pro’s and con’s.

My reasoning was to start at the top (New York) and work my way down, but it seems once you’ve been at the top you don’t really want to go anywhere else. Whilst taking trips to discover what this country has to offer is an endless joy, I doubt I could find a more exciting place to live than New York, and I couldn’t be more proud to call it my home away from home.

Meredith Webb is our girl-on-the-ground in NYC. Keep an eye out for Meredith’s upcoming posts on NYC life, here on BWA. Meredith is a music fanatic and avid blogger. You can check out more of Meredith’s blog posts right here.

Have your own New York City experiences, or just dream of going there? Let us know in the comments below (and earn valuable Audrey Dollars for doing so!)

Also worth a read: AUDREY ABROAD -TOP FIVE THINGS TO DO IN VIETNAM 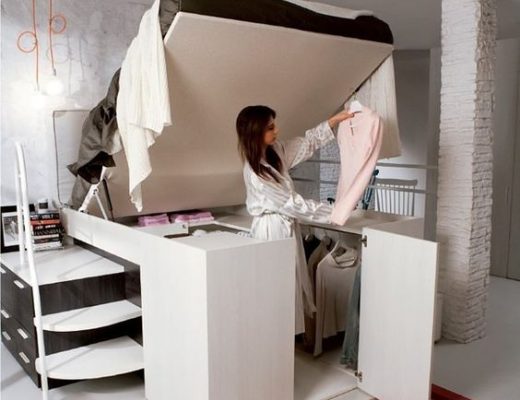 How To Keep Your Smallish Home Classy & Clutter-Free 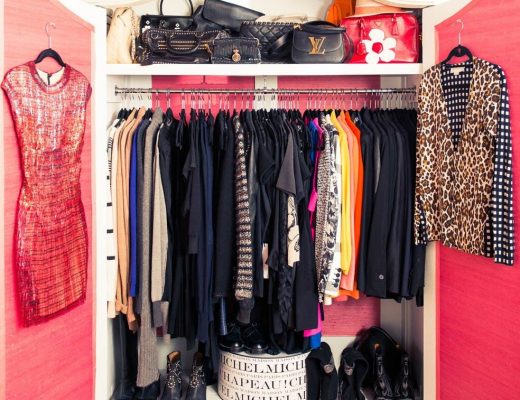 Inside Miranda Kerr’s Closet With The Coveteur 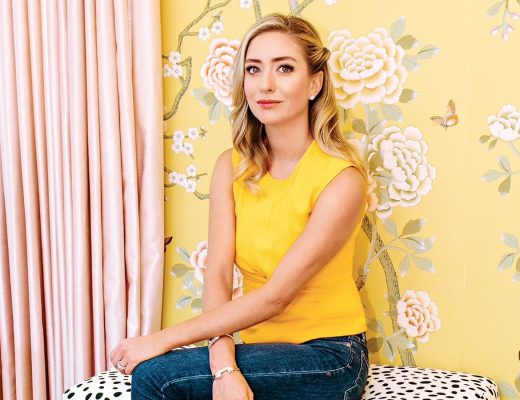 The 4 Things To Avoid When Launching Your Start-Up