FOOD FOR THE SOUL FROM ANANDA, PRESHANA YOGA 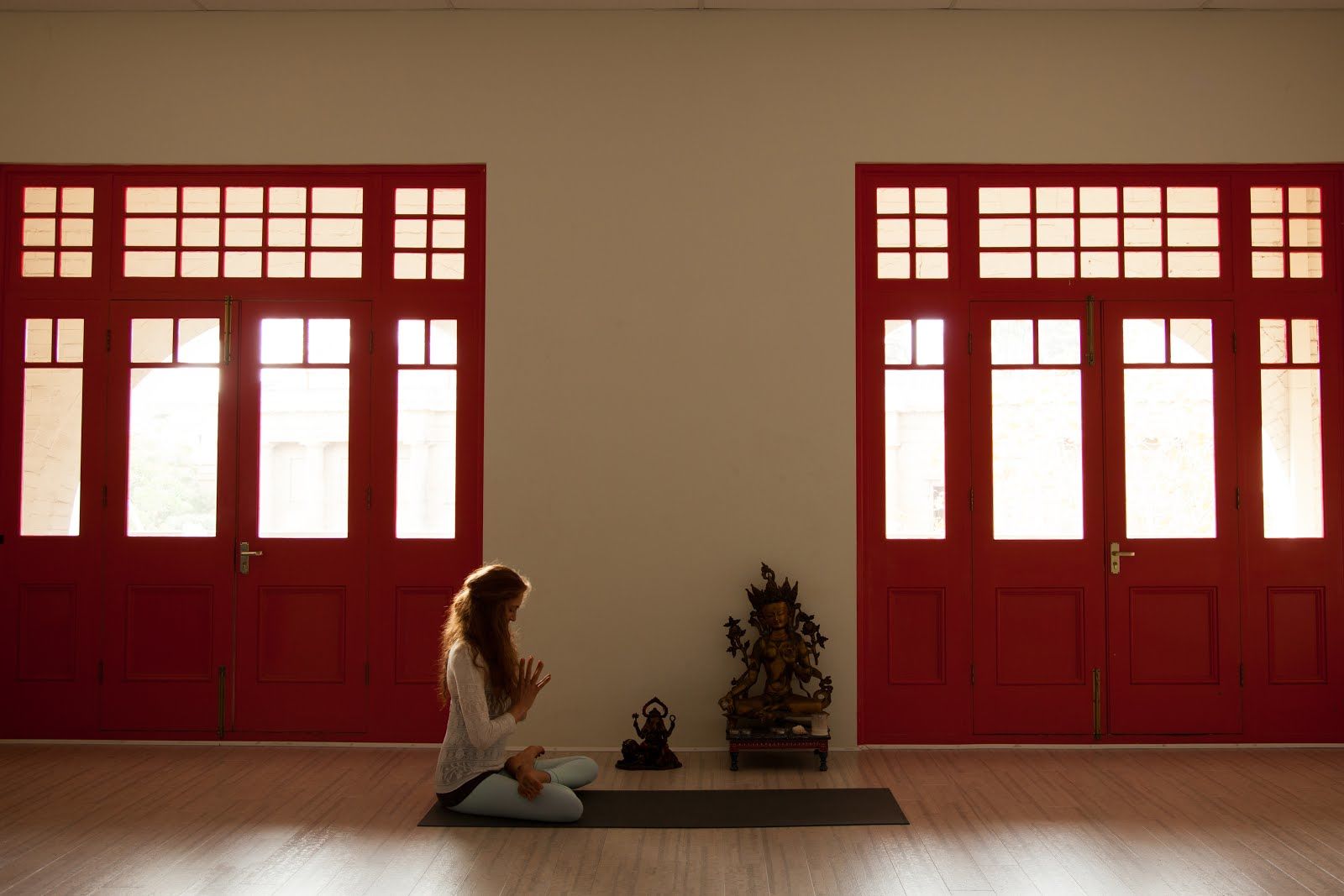 Enjoy the next installment of our regular body and soul guest blogs from Ananda Trettin, former international model and owner of Preshana Yoga.

As I’ll be doing an ongoing contribution, I thought it would fun to pull from some of the ancient texts of yoga. These next few contributions will be based around the texts of Patanjali’s Yoga Sutras. I thought this a wonderful idea, particularly in today’s fast moving world, where the majority of our attention is moved by the latest and greatest quick fixes, trends, events, and devices. The yoga practice continues, and these ancient texts offer relevant advice on how to live a life of fulfillment today.

The Yoga Sutras were written in approximately 200 BC. The author of these texts, Patanjali, is thought to have been a physician, sanskrit scholar and yogi. Each scripture is an aphorism coming from an oral tradition, perfect for memorizing and repeating the teachings, so you can access them anywhere, embedded ‘in the cloud’ within.  These phrases and sutras are guidelines and disciplines that welcome the benefits of health and self-awareness that come from the practice of yoga. In the second chapter, he provides the ethical guidelines of practicing yoga- the Yamas.  Very roughly translated, this means the practice of restraint.  This practice gives us the fundamental skill in leading a fulfilling life.

There are 8 limbs of Yoga, and the first is the Yamas.  Yama comes to mean how we interact relate with the external world, this may surprise some, as many of us think of yoga as the physical practice.   This highlights that yoga is about the whole experience of our living.  I think it is important to say that the teachings of the sutras are in not intended to simply control our behavior.  Instead, they suggest that through the choices we make within our efforts, we are rewarded with the fruits of those actions and behaviors. It is a principle of universal morality.

Beginning with the first limb, Yama, we will talk about Ahimsa. Ahimsa is translated as ‘non-violence’.  Many of you will be familiar with this idea from the teachings of Gandhi and Martin Luther King, and in those examples you can clearly see what a powerful theory this is, when put into practice.  The theory and practice are intricately bound.

Ahimsa is a very practical way of bringing our attention to our thoughts, words, and actions.  These three levels of being are a manifestation of the world we live in and create, every time we awake and go about our day.  When we bring our attention to our thoughts, look to see if any are negative or harmful.   These thoughts lead to how we feel; those feelings predispose us to communicate and receive words in a certain way, which effect how we make sense of our life.  In turn, we live out our lives and make decisions according to the way in which we make sense of our relationships.

As an example of practical application in the world we think of trying to have feelings of love for someone we dislike, this is impossible.  The practice is to let go of the negative thoughts around the person, as the mind begins to let go of the negative thoughts and ideas around the person we can begin to shift our experience, and the situation. That is why it is called non-violence, rather than something like “the love” principle.  It is about evoking the true source of power, in a non-violent way.

In the Vedas, another ancient Hindu text, there is a story about Ahimsa. The story describes a small town wherein a deadly cobra lived.  The cobra terrified people, as he had already killed some members of the community.  One day, a guru was passing through the town and he was able to speak the language of the animals. He spoke to the strong and dominant cobra about his life, his violent ways and how it had affected those around him. Through this conversation, the cobra gained perspective and appreciated of the guru’s kind and useful advice. It was very soon after the guru has spoken to the cobra that his behavior began to shift and over time that the people in the village began to notice a shift of behavior in the cobra.

Eventually, children began to feel safe and play closer to the cobra. In time, the children became fearless of the cobra and began to taunt him. The cobra however, remained patient and remained true to teaching of Ahimsa and non-violence. Unfortunately, the children’s taunting continued and the cobra’s health continued to deteriorate. In perfect timing, the guru passed through the town and saw the terrible state of the cobra and began to try and look after him, heal him and bring him back to health. As he nurtured the cobra, he said to the cobra “I told not to bite and not to hurt those who are not being violent towards you but I did not tell not to protect yourself. Where I taught you to live by non-violence, I never told you not to use your hiss”.

The story helps us to understand some of the misperceived notions of Ahimsa: When practicing the attitude of non-violence, it is important not to disempower your self or others.  Being strong does not violate the practice of the Ahimsa, but in fact it summons our strength in its most essential form.

Allowing violence to occur is not a practice. In a real way, the practice of Ahimsa is taking responsibility for violent behavior, whether it is harmful to us, or harmful toward others.  This is truly one of the greatest challenges of this practice and sometimes takes a great deal of love and compassion to balance these crucial aspects of Ahimsa.

We are very excited to be hosting international teacher and founder of Yoga Hour, Darren Rhodes this September. We spoke to Darren about Ahimsa in relation to Yoga Hour. “Ahimsa is a very practical way of bringing our attention to our thoughts, words, and actions. In Yoga Hour, like most hatha yoga classes, there is a definite relationship between risk and reward. Without any risk reward is unlikely. Too much risk and the reward might just not be worth it. Yoga Hour seeks to offer an optimal balance between risk and reward via ahimsa”.

Come and experience some of our classes with Darren at Preshana Yoga Darlinghurst this 6-15th of September. For more information, head to our website.