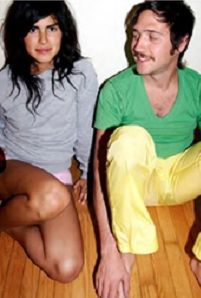 After attending a WGSN seminar at the Art Gallery of NSW last month it has become more and more apparent that the ‘Gender Neutral’ trend that was discussed is spreading its way from Europe and heading towards Sydney. The talkers discussed the ways in which couples have started not only dressing similarly to one another but in fact, dressing the same as one another. Designers have started stripping back identifiable details within their products to make clothing unisex. The idea of wearing the ‘boyfriend fit’ jumper is seemingly soon to be abolished – just wear the boyfriend jumper itself! European stores such as Uniqlo, Damir Doma and Timapree base their collections on genderless styles and in American Apparel stores such as the one newly opened on Oxford Street, Sydney, the main dividing factor between male and female products is the gender card attached to the rail.

Kooples is a European brand that bases their marketing concept on this escalating trend. According to them ‘the couple that stays together, shops together’ and they actually produced an ad campaign that featured a couple pictured in their own clothes, and then a mirror image of them in each other’s outfits. The images were much the same. Similarly the new face of Marc Jacobs women’s wear is the beautiful male model Andrej Pejic. Easily mistaken for a female these photographs take androgyny to the extreme.

Not only is this gender neutral trend within clothing and advertising, but the concept has continued through to retailing also. Many stores have adopted what has been called the ‘white box environment’, a clean-cut, minimalistic interior decor that aims to attract both sexes. Zara in Rome for example creates a space whereby any shopper, male or female, feels comfortable and at home, and therefore is willing to stay and browse for an increasing length of time. Topshop in London is famous for its innovative and trend-setting in-store visual merchandising and has used faceless and genderless mannequins for their displays.

So what’s next for the world of unisex fashion? As the phenomenon continues to develop overseas we can only expect to see the same happen here in Australia. A quirky cool concept I’ll admit but it’s going to take a while for me to officially part with my floral summer dresses and block wedges for the Sydney summer months! 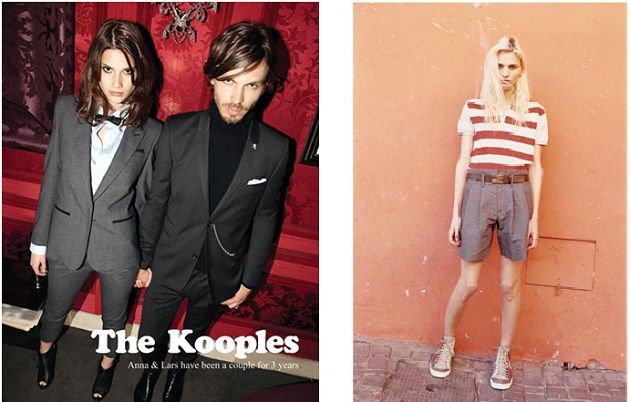