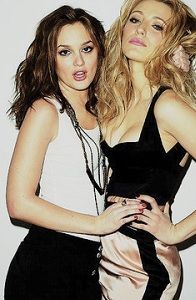 I was reading the November issue of Madison when I came across an article written by the outspoken Mia Timpano about the relationship women have with their boobs. It just so happens at the time I wasn’t wearing a bra when I looked down at the protruding globes hanging off my chest.

I have always had a funny relationship with my breasts. One minute I want to put on my push up bra and show a little cleavage, and the next minute I want to slap on a minimising bra and cry in a corner with a bucket of Ben and Jerry’s.

I have also been the subject of many a big-breasted nickname, including (but certainly no limited to) ‘Tits McGee’, ‘Big Boobs’ and ‘Tim and Tam’ (don’t ask me why). It is this intense scrutiny that prompted a promise to myself…that once these saggy suckers have gone through breastfeeding they are due for a little  lift and tuck. It seems though, that it is not just we big-breasted ladies who cop scrutiny and criticism for their assets…the worst part is that it is often other women that pass judgement on something that we all know is a natural part of becoming a woman. I have come across so many women who also obsess over their flat chests; their so-called ‘mosquito bites’, ‘little nips’ and ‘boy chests’.

When I began researching for this article, little did I know that it had been fifty years since the first breast surgery procedure was performed (on a dog might I add). But more importantly – the number of women getting breast surgery in this day and age is rising faster than you can say YOLO.

A recent study in the Australian Readers Digest What women think of their breasts – asked Australian women, both flat chested and buxom and everything in-between, to reveal their opinions about their bosom buddies. The results show that a miniscule four per cent of the total 500 respondents felt their breasts were ‘sexy’; and at least one in every two women would, if money wasn’t and issue, consider breast cosmetic surgery. Women in the study also used words like ‘droopy’, ‘unattractive’ and ‘dissatisfied’ to describe their breasts. After seeing these shocking figures my heart began to sink. Why does the size and shape of our breasts have much control over our self worth?

Natalee Woods, a former bra fitter and author of the upcoming book Boob Job – explains her years of observing women’s relationships with their breasts. The book is a memoir of her years as a bra fitter, and the heartbreak of coming across several women with a lack of self-respect for their breasts. She recalls how some women would cry, walk out and even get angry in the change room. Nonetheless the book does shine light on women who bared confidence when faced with their breast friends in front of a mirror. The kind of women who would jiggle their jugs with pride and accept them for what they are.

Which is why ladies… I think it’s about time we celebrate our breasts! We need to embrace their diversity; we need to look at them, love them and flaunt them.

The time has come where we need to give our own boobs some ego – and stop cutting ourselves open and filling them up to look like circus tits. I’d like to say hi-five to the women that are making a stand. Hollywood actress Keira Knightley flatly refused to allow any digital manipulation to enhance her breasts in the publicity photos for her movie “The Duchess”. Since then Knightley has proudly insisted that her figure, including her small boobs, stay in its natural state. Other big stars have also made a name for themselves in the business despite their small feminine friends. Kate Moss, Olivia Palermo, Kate Hudson, Milla Jovovich and Natalie Portman have all proudly gone starker’s for the camera. Not to mention the big-brested ladies: Sophia Vergara, Christina Hendricks, Marilyn Munroe, Scarlett Johansen and Sophia Loren, who take pride in flaunting their assets. As Marilyn Munroe once put it ‘Big breasts, big ass, big deal’.

I think it’s fair to say that if women choose to take the path to surgery that’s fine, I’m not to sit here and dictate what anyone should do with their breast- as I mentioned, my insecurities about my own breasts certainly made be consider surgery. However what I can say is that confidence oozes sexiness, and that is far cheaper than the $10,000 price tag to buy some self-esteem. If they’re literally down to my knees by the time I’m forty, then I might reconsider!

For now, I think  it’s about time we go out there and celebrate the diversity of our miraculous breasts! Now excuse me while I sit back and enjoy a cup of tea with my best friend Tits McGee.