10 Most Instagrammed Places in Australia You Should Visit 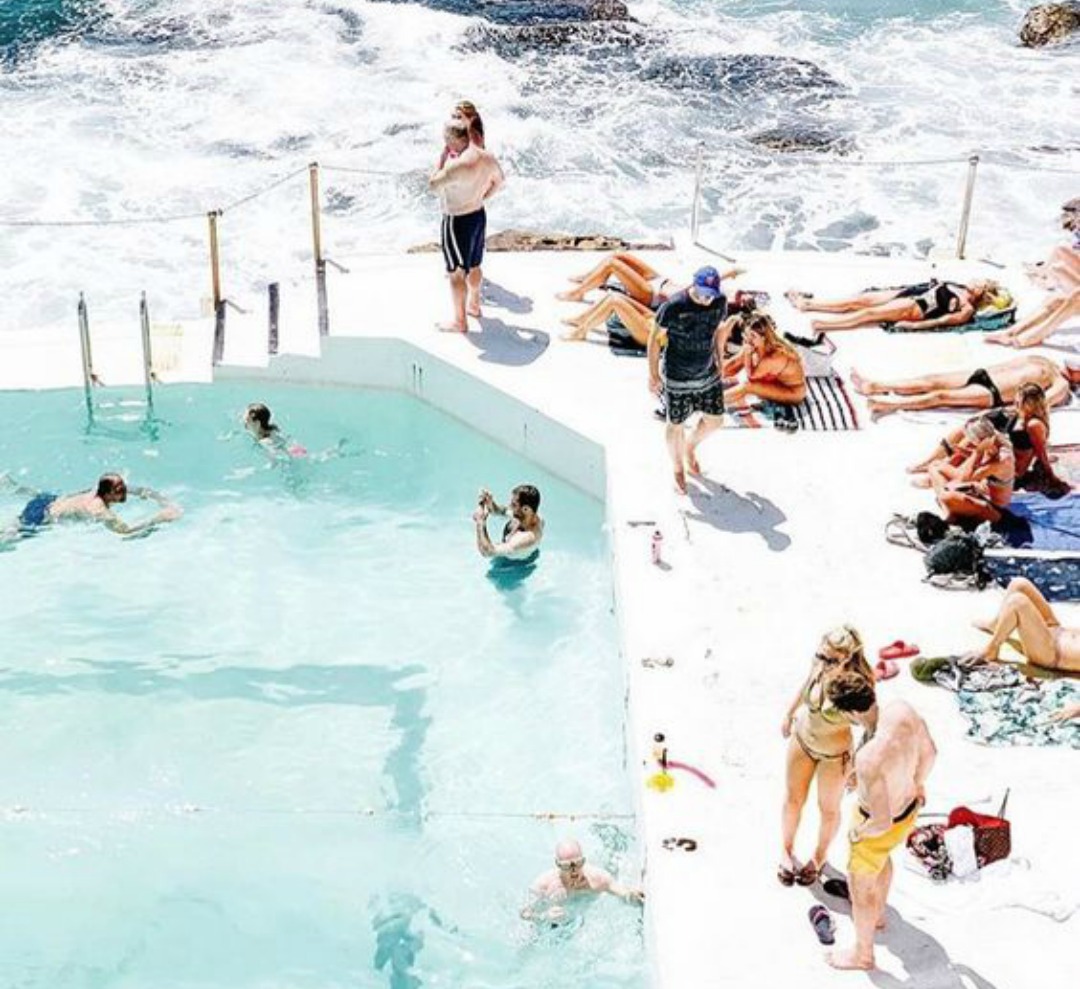 One of the best parts of social media is how easy it is to get real time glimpses into the places, people, culture, and the world at large.

What better anecdote to a sudden case of #wanderlust is there than taking a snoop through any of your favourite destinations on Instagram? Whether it’s tapping in to a little la Dolce Vita on the Italian coast, or keeping up to speed with the streets of New York, Instagram takes us there in an instant.

Closer to home though, we have a range of places here on our doorstep which have proven by their popularity on the platform to be well and truly Instagram-worthy. From our popular Aussie beach vistas to the most well known monuments, Instagram has helped shine a light on our shores for the world to appreciate.

If you’re booking a trip Down Under, or perhaps you already live here and need a little inspiration for your next staycation, keep reading. We’ve rounded up the most Instagrammed, the most beautiful, and the most popular holiday places in Australia.

Let’s get right to these exciting locations all around Australia!

MADE IT TO STRAYA! 🇦🇺 After dreaming of visiting Australia since I was a kid I’m finally here. It took less than 24 hours before the words “when can I move here” came out of my mouth! 😏🙊 :::::: I can already feel that 3 weeks won’t even be enough to discover the beauty of Sydney, Bryon Bay, Melbourne and Whitsundays! You’re recommendations have been incredible please keep them coming! #visitaustralia #sydneyoperahouse 📷: @mvandersluis

Taking the top spot, is unarguably (and unsurprisingly) the Sydney Opera House. A global icon, this stunning location is Instagrammed by just about every visitor to Australia.

Jutting out into spectacular Sydney Harbour, the Opera House is one of the greatest architectural features of the 20th century, which draws a staggering amount of tourists – well above 8 million, every year. This same location fetches the Australian economy over $1 billion annually. For all these reasons and more, it would be remiss of any visitor to not grab a pic or two in front of this unique monument of Australian culture.

Sydney, thanks for exceeding my expectations 🇦🇺

We’ll admit this inclusion DID catch us by surprise, but 25 million visitors per year can’t be wrong. Darling Harbour, Sydney’s prime entertainment enclave, boasts Star Casino, the Entertainment Centre, the Australian National Maritime Museum and Sydney Aquarium, as well as other attractions. Darling Harbour is particularly popular amongst international students who use firms such as Edusson AU to help them pass their studies with flying colours while enjoying everything this city has to offer.

One of my favorite times diving in my whole life 💫. As my parents and I dove the Great Barrier Reef, we had an amazing moment swimming with this turtle. 🐢He was so sweet and curious. 🙌🏻This was one of those moments that I will never forget, and I’m so thankful I got to spend with my parents. ☺️😊⠀ ⠀ •This is a beautiful Hawksbill Sea Turtle.🐢 Scientific name: Eretmochelys imbricata 🤓⠀ ⠀ IUCN Status: CRITICALLY ENDANGERED 🚨 ⠀ ⠀ LIFE: 30 to 50 years.⠀ SIZE: 24 to 45 in⠀ WEIGHT: 100 to 150 lbs⠀ ⠀ •They are normally found near reefs rich in the sponges they like to feed on. Hawksbills are omnivorous and will also eat mollusks, marine algae, crustaceans, sea urchins, fish, and jellyfish. Their hard shells protect them from many predators, but they still fall prey to large fish, sharks, crocodiles, octopuses, and humans.⠀ ⠀ •Like other sea turtles, hawksbills make incredible migrations in order to move from feeding sites to nesting grounds, normally on tropical beaches. Mating occurs every two to three years and normally takes place in shallow waters close to the shore.⠀ ⠀ •Threats to Survival: ⠀ Like many sea turtles, hawksbills are a critically endangered species due mostly to human impact. 😢 Hawksbill eggs 🥚 are still eaten around the world despite the turtle’s international protected status, and they are often killed for their flesh and their stunning shells. 😭 These graceful sea turtles are also threatened by accidental capture in fishing nets. 🎣 ⠀ ⠀ #divepro #marinebiology #girlsthatscuba #girlzinoceanscience #greatbarrierreef #gbr #australia #oz #coralreef #turtle #hawksbillseaturtle #natgeowild #natgeoadventure #tusadive #cairns #oceanconservation #scubadiving

The Great Barrier Reef is one of the earth’s greatest natural wonders, and it’s regarded as the largest coral reef system on the planet. You can find over 1,500 kinds of fish, over two hundred varieties of birds, not to mention reptiles and sea animals. This helps to make the Great Barrier Reef a top spot for over two million tourists every year.

There’s no doubt that this photogenic part of Australia is frequently Instagrammed by those keen to explore the beauty of life and nature.

Yes, we are back in Sydney as one of the most Instagrammed places in Australia. And if you need to know, the Sydney Harbour Bridge which carries rail, pedestrian, bicycle and automobile traffic from Sydney’s North Shore to Central Business District is the tallest steel arch bridge in the world!

It was declared open in 1932 and is without a doubt another top Instagrammed place as far as Australia is concerned.

Including this stunning location on your Instagram feed will add colour and interest that only a beachside Australian vista can provide.

Beautiful Noosa. The weather has been soooo bad lately. We have just been driving around and staying at free camps waiting for the weather to clear up but it isn’t looking too good. So today we walked along the Noosa coast in the rain but it was super relaxing to watch the surfers in the water 🌊

Another beautiful Australian location is Noosa National Park, which has also been given an Instagram recognition.

Your visit to Noosa National Park is bound to be remarkable with an abundance of quality eateries, not to mention the beautiful beaches which abound at every turn. The national park itself is an awesome wonder with a picturesque coastline you can view while taking a comfortable walk around the park.

If getting up close and personal with a Kangaroo has always been on your bucket list, then a trip to Cape Hillsborough in Queensland is a must-do. Kangaroos abound in this neck of the woods, and you’ll be guaranteed of capturing the perfect Instagram with one of these great animals when you visit.

In Australia, Kangaroos have the habit of heading to the beach for feeding in the morning, and this can be the perfect time for you to meet with one in person.

Every year, the 1km stretch of iconic sand that is Bondi Beach receives tourists in the tens of thousands, so it’s certainly not a surprise that this location is one of the most Instagrammed places in Australia.

Located about seven kilometers east of Sydney CBD, Bondi Beach is home to the iconic Icebergs club, which is a mecca for swimmers, foodies and fashionistas alike.

Two things attract tourists to Fraser Island – the historical shipwreck where Eliza Fraser survived in 1836, and the rich geographical endowment of the Island.

There is plenty for the nature lover to see and experience on Fraser Island. This idyllic spot proudly homes rainforests, mangroves, swamps, woodlands, sand dunes, coastal heaths as well as impressive beaches. It’s little wonder that Fraser Island is also ranking as one of the most Instagrammed places in Australia we’d recommend you visit.

Imagine yourself right here ✨ with whom would you want to spend this experience? Tag them below and hopefully they will take your hint seriously haha • Follow @unboundedpeople for more 📸 @haylsa

Last but not least, is Uluru. Otherwise known as Ayres Rock, Uluru is one of the UNESCO World Heritage Sites and it’s located in Australia’s Northern Territory, one of the most beautiful and naturally endowed parts of the country.

An imposing formation of sandstone rock, Uluru measures approximately 348 meters high with an impressive circumference of a whopping 9.4 kilometers!

As if those statistics aren’t impressive enough, this Australian wonder is enough to attract well over four hundred thousand visitors per year, while making it rank in the Top 10 of most Instagrammed places in the nation.

MORE – 5 Tips For Your First Trip To Australia

MORE – Treat Yourself: A Guide To Australia’s Best Spas