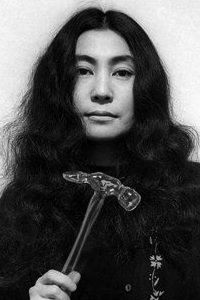 Cult US retail brand Opening Ceremony, famous for their slew of collaborations with the likes of Rodarte, Adidas and namely Chloë Sevigny, are adding one more person to that list: artist/writer/musician/peace activist/other half to the late John Lennon, Yoko Ono.

The unisex collection entitled ‘FASHIONS FOR MEN: 1969-2012’ is inspired by and features illustrations hand-drawn by the cultural icon herself that she gifted to late husband John Lennon on their wedding day in 1969, some 43 years ago.

The 18-piece collection includes a range of apparel, shoes, accessories and even posters and are priced from US$75 for a hoodie to US$750 for a pair of leather boots, with only 52 editions of each item being sold across Opening Ceremony stores in New York, Tokyo and London.

Of the illustrations, Yoko said:

“I was inspired to create Fashions for Men amazed at how my man was looking so great, I felt that it was a pity if we could not make clothes emphasising his very sexy bod. So, I made this whole series with love for his hot bod and gave it to him as a wedding present. You can imagine how he went wild and fell in love with me even more.”

“I think that she just fell in love with John’s body and wanted to show off all of the parts of his body that she loved. There’s something so beautiful about that sentiment. And we’ve realised these designs in pretty actual terms of how she drew them.”