The First Monday In May: Your Behind-The-Scenes Look At The Met Gala

On the first Monday of every May, the Metropolitan Museum of Art in New York City hosts the Met Gala – a celebrity-filled, high-stakes ball which launches the Costume Institute’s latest exhibition. Packed with the biggest and brightest names in fashion, music, business and politics, the Met Gala is a collaboration between the Costume Institute and US Vogue (or more specifically as the movie shows: Anna Wintour.) 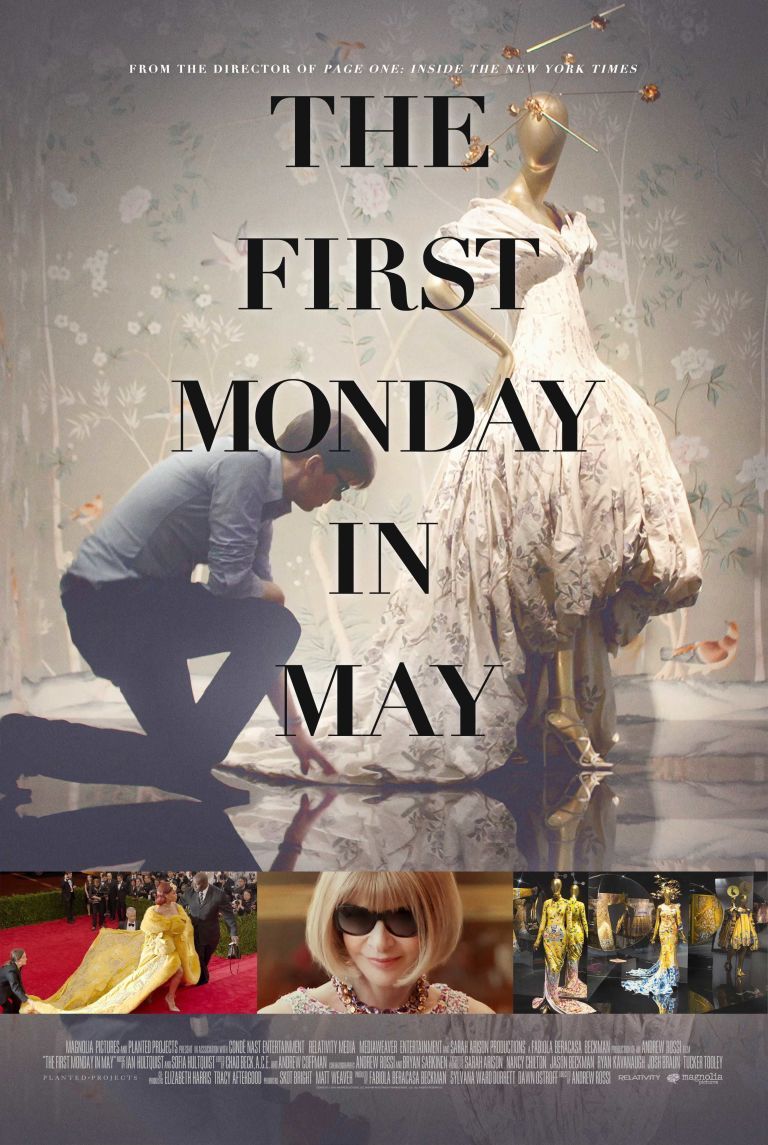 Meticulously planned, plotted and played, the Met Gala is a visual feast for fashion/celebrity lovers and the design-obsessed public.  With only a few hundred invited guests, the rest of the world is forced to look on through their feeds hoping to catch a glimpse into this rarefied world.

But thanks to the new documentary ‘The First Monday In May’, regular observers are treated to insider-access to the most sought-after invitation in New York City.

The First Monday in May offers a behind the scenes look into the planning and creation of the Met’s groundbreaking exhibition, “China: Through The Looking Glass,” and its star-studded opening gala. Filmmaker Andrew Rossi follows Anna Wintour and Met curator Andrew Bolton over the course of eight hectic months as they jet from New York to Paris to Beijing in preparation for the show.

We were treated to an exclusive advance screening of the film recently, and are pleased to report, this documentary is a fashion lover’s MUST-SEE.

From a walk through the vaults of YSL couture to Baz Luhrmann talking decorations, to seating plan politics, to Anna Wintour at home, to celebrities rocking out to Rihanna- this movie has it all. Unscripted, honest and funny, there are PLENTY of Anna Wintour-isms and so much fabulousness I don’t quite know where to begin!

Take a look at the exclusive clip from the film, and head to the cinema to catch it in full from May 2nd.