Celebrating Stories That Defy Barriers Ahead Of The Olympic Games

Whilst excitement is reaching fever-pitch for the start to the Rio Olympic Games, this couldn’t be more true for the South Sudanese athlete, Margret Rumat Rumat Hassan. As this year marks the first time ever that South Sudan has sent a team to the Olympic Games, 400 metre runner Margret is a testimony of perseverance and endurance.

Growing up amidst civil unrest and a male-dominant society, and despite being displaced during the war with Sudan, Margret was encouraged by a close friend to participate in a competitive race, leading her to discover an innate talent: running. After years of training on her own, Margret is now set to compete under her own nation’s flag for the first time during the Rio 2016 Olympic Games. 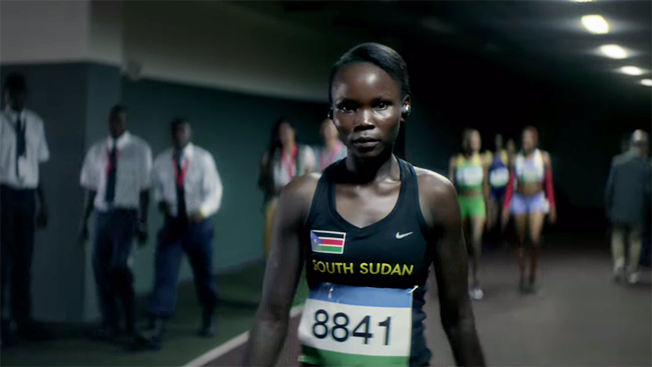 To celebrate Margaret and South Sudan reaching Rio, Samsung has helped introduce this feat to the world via the release of the short film “The Chant”.  A story about pioneering spirit, perseverance and will, ‘The Chant” sends a strong message about getting back up again against the odds. Through “The Chant,” Samsung introduces the world to an inspiring story of defying barriers. The film conveys how the Olympic Games inspire harmony and celebrate the progress of the human race, generating cultural, personal, and technological connections.

The film opens with Margret in the locker room, preparing for competition. Viewers are transported to a village in South Sudan where the entire nation is chanting her name to cheer her on and celebrate her journey. As Margret enters the stadium, the chanting disappears, but she remains strong and confident. Through this film, Samsung celebrates not only the individual progress of Margret, but also the progress of South Sudan as they will participate in the Rio 2016 Olympic Games for the very first time.

“The Chant” ends with an inspiring message that showcases Samsung’s celebration for those who push the definition of what is possible and upholds the brand’s unique vision that perseverance through the extraordinary leads to meaningful progress.

Will you be watching cheering for South Sudan and Margret this Olympics? Let us know in the comments!