As Aimee Mullins welcomes us into her opulent Crown Towers apartment in Melbourne I am completely starstruck- but in the truest sense of the word.

Aimee Mullins is a rarity in modern society- a star, not “famous” not “a socialite” but a star in her own right for contributions that she has imparted on the world we live in. She seems both at complete ease yet poses a stark disparity between her rich surrounds at the Crown and her moral code. Thus I am completely flustered as I shake Aimee’s hand over enthusiastically as I introduce myself.

The interview begins late and it is soon clear why, as Aimee elaborates with none of the prim airs and graces that so many who live in the public eye are trained to put on. Aimee is frank, loud and opinionated with a wanton disregard of the time constraints her handlers have placed upon her, albeit for her own comfort.

To say Aimee Mullins is an inspiration is an understatement. 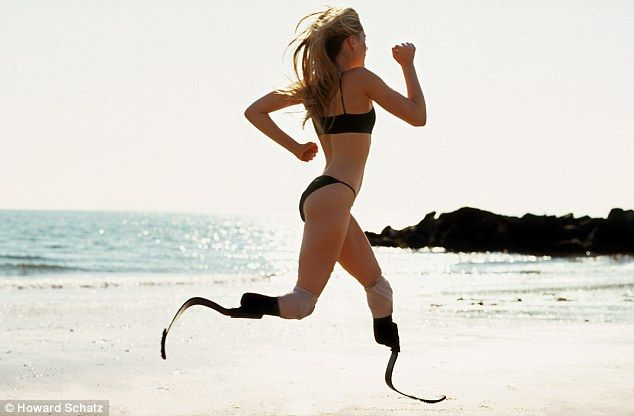 To emphasize the enormity of this woman’s achievements it is important to delve into her past. Aimee was born without fibulae in both legs, and as a result had both her legs amputated below the knee before her first birthday. For some, this would be a crippling life moment that would negatively impact the rest of their lives. Not Aimee. She attributes her go-getter attitude to the intelligent nurturing her parents provided. Her parents let her live those life lessons that would teach her to accept her capabilities and limitations as any other young person would. In fact Aimee today has around twelve pairs of “legs” which range from 6 inch heels to flats. That’s right, 6 inch heeled prosthetic legs.

There is an inkling that Aimee holds back when she references her “private life” and her reluctance to venture into the world of social media, although her recent foray into Twitter has brought out her competitive streak (you can follow Aimee here). Yet for all she holds back, she gives forth so much. We touch on everything from charity work to vintage Lagerfeld and everything in between. Her gravitas is unmistakable, which is ironic given the fact as Aimee cites women who she looks up as those who have a gravitational force. Her inspirational women includce Roslyn Frankin (scientist), Sylvia Earl (oceanographer), our own Tilda Swinton and Jane Fonda-former L’Oreal Paris Ambassador.

Her energy and faith in a promising tomorrow immediately seeps into everyone in the room. She is passionate and well informed about equity for women in all aspects of life, supporting the sciences and body image awareness. 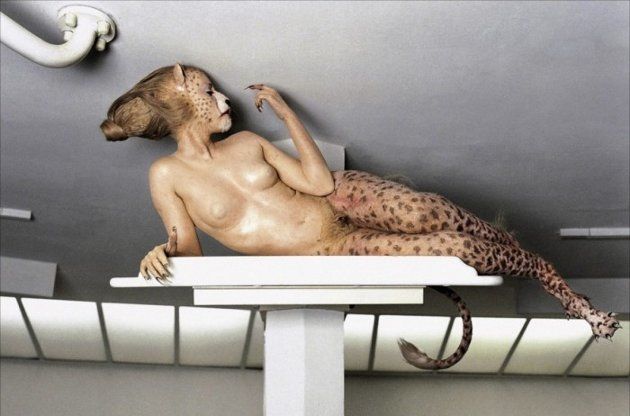 Aimee’s achievements read like the resume of a wonderwoman. Having graduated her high school with honors, she was chosen for a scholarship with the Department of Defense and at 17 became the youngest person to hold a top-secret security clearance at the Pentagon.

Here she rediscovered her love of competitive sports and cites her discomfort of “keeping state secrets” as her reason for moving away from her already impressive achievements. Aimee skyrocketed to fame by setting world records for the 100m, 200m and long jump on prototyped carbon fibre legs that she and a team modeled after a cheetahs. A profile in Life magazine introduced Aimee to the world at large and opened up a discourse for Aimee to address issues relating to body image, particularly in the fashion industry.

In 1999, Aimee made her runway debut in London as the muse of Alexander McQueen, who handmade incredible wooden prosthetic legs especially for Aimee that absolutely boggle the mind. 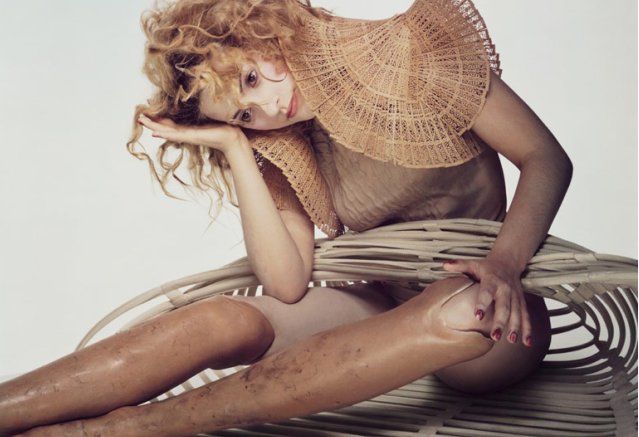 When I ask Aimee how she feels about being a role model to young women, and what she would care to impart on them it is clear that she is not cut from the same mold as most of us. She tells me that she shrugs off the term “role model” as it inhibits her chance to be human, to make mistakes and errors in judgement. It is an empowering world view that immediately gets me thinking about how I live my personal life.

It is obvious why L’Oreal have chosen Aimee as a brand ambassador. The tagline ‘because you’re worth it’ which celebrates its 40th anniversary this year actually resonates with her private demeanor as much as any public facade which makes her all the more valuable. When Aimee says “because you’re worth it” looking into my eyes, she means the exact words she is saying. Of course, Aimee’s elven cheekbones, flawless skin and slender frame make her an impossibly perfect candidate for the role. Her ‘presence’ in the room is clearly important to her, throughout the interview she makes steady and direct eye contact, especially as she talks about her pet peeves- phones at the dinner table.

For me her success can be partly attributed to her “live in the moment attitude”. Aimee tells me she doesn’t plan more than a week in advance unless she has to- leaving her open to say “yes” whenever she pleases.

As we leave, Aimee compliments my Samantha Wills necklace and I internally collapse into squeals of euphoria. One thing leads to another and we are swapping tips on reupholstering furniture and fun DIY projects, until I am out the door and into the lift and grinning like a crazy person…such is the effect that Aimee has on anyone that she crosses paths with.