We all knew her as Posh Spice from the Spice Girls, but her former singing career and her marriage to retired famous soccer player David Beckham hasn’t overshadowed Victoria Beckham’s identity or success. This powerful style icon is worthy for this week’s Woman Crush Wednesday #WCW. 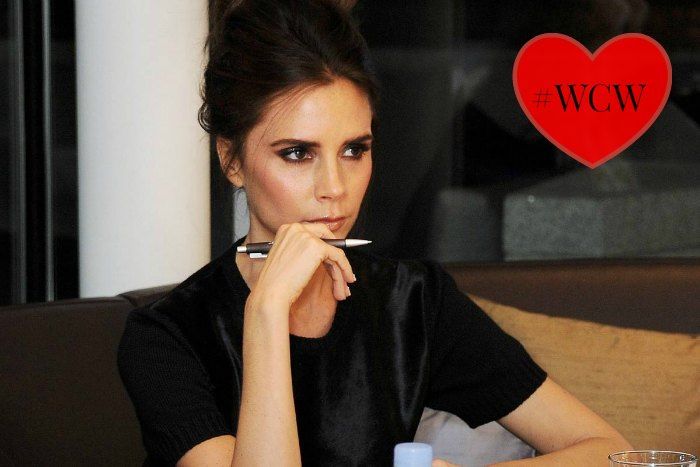 Part of her beauty is her confident aura and fierce look. She’s well known for her A-line bob (now rocking longer hair) and obsession with over-sized designer sunglasses and high heels. Whether she’s arriving at an airport or posing for magazines such as Vogue, she struts her sleek and sophisticated style with confidence and flair. 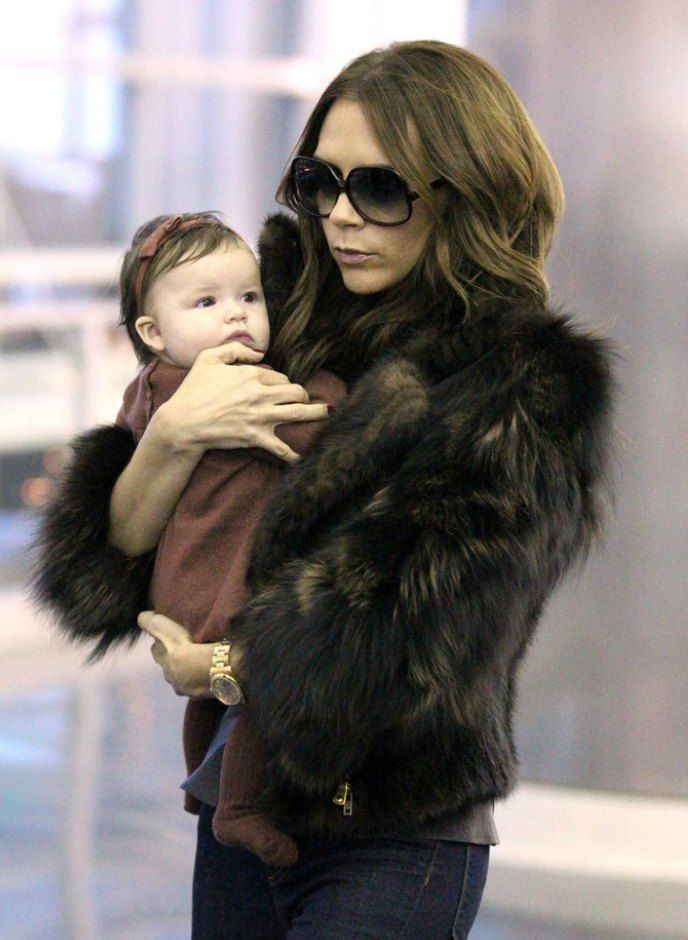 Arriving at the airport with Harper, 2014. Image: zimbio.com

Her 15 year marriage to soccer star David, is testimony to the fact that not all Hollywood marriages are short-lived and end in tragic divorce! Victoria and David Beckham have 4 gorgeous children (Brooklyn Joseph, Romeo James, Cruz David and little Harper Seven) …And if you’ve ever watched the Beckham’s reality TV show, you’d get the sense that she’s a strong and devoted mother. 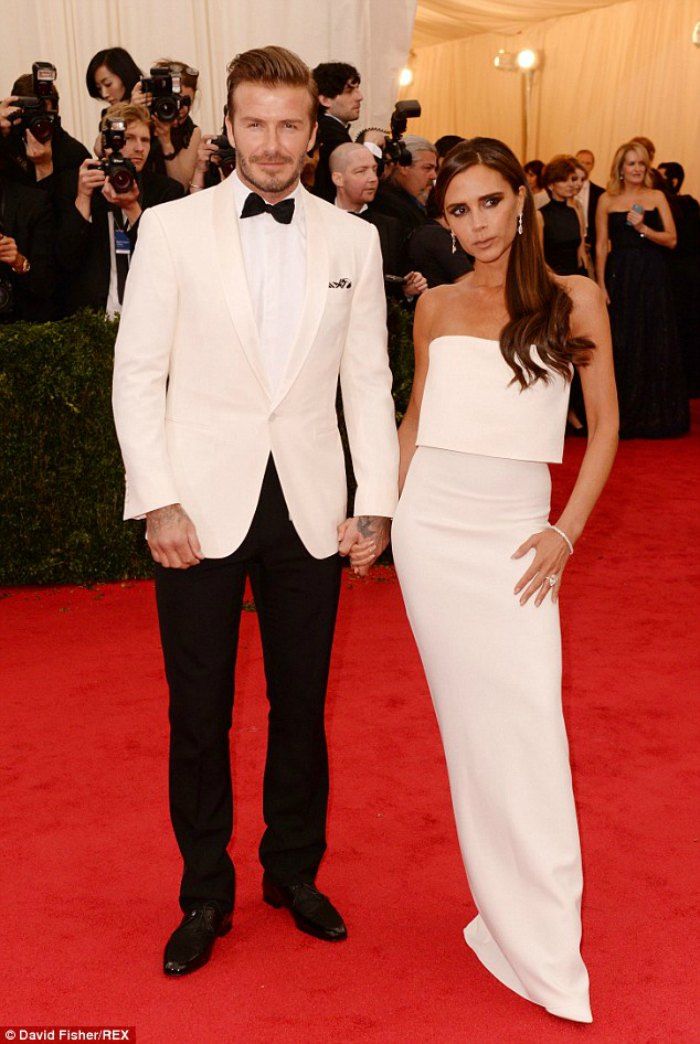 David and Victoria arrive at the Met Gala in 2014. Image: dailymail.co.uk

She’s also a driven and passionate career-oriented woman! It is an understatement to say it’s hard to break into the fashion world, but at 40 years old Victoria Beckham has conquered the industry, becoming an influential and respected designer. What you might not know is that she’s praised by animal rights organisations as she has taken a firm stance against the fur industry as well.

Now an international icon, Victoria has been triumphant in building her own eponymous fashion brand from scratch. “You have to be prepared to start at the bottom and work up,” Beckham said during the Vogue Festival in April 2013. Her love for elegant dresses was shown in her first collection in 2009, however her intuitive and bold designs expanded to handbags, coats and eyewear throughout the years. 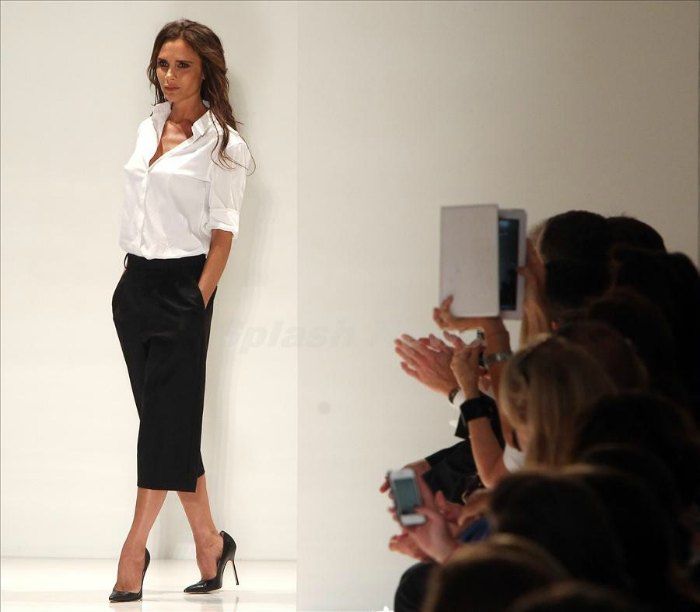 Receiving applause at the finale of her runway show. Image: splashnewsonline.com

Victoria Beckham has collected many well-deserved awards such as the Woman of the Year and Entrepreneur of the Year at the British Glamour Magazine Awards in 2007. She also beat Burberry and Tom Ford in 2011 at the British Fashion Awards, being awarded Designer Brand of the Year. That’s pretty big stuff! And to add to her never-ending achievements, she won the same award AGAIN this year! 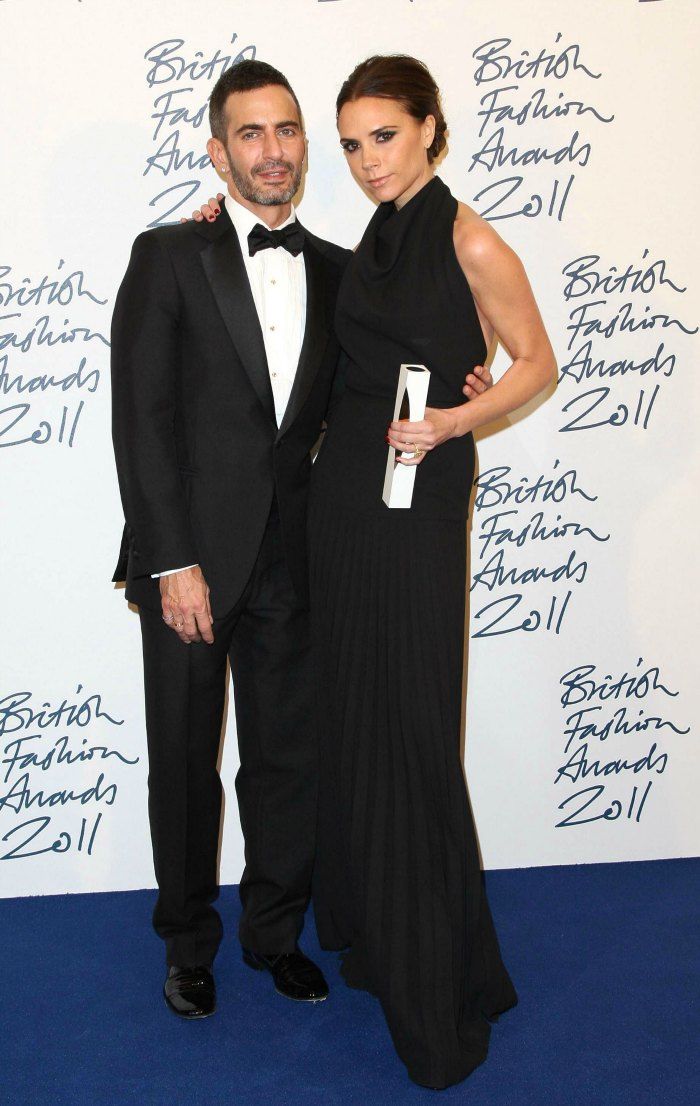 In 2014, Victoria joined the campaign ‘Ban Bossy’ to become a spokesperson to advocate leadership roles for girls and to help eliminate the harmful word of “bossy” to describe females. This glamorous workaholic also recently opened her first store in London last September.

We think she is pretty amazing. What do you think? Let us know in the comments below, and earn BWA Dollars to spend on rewards! 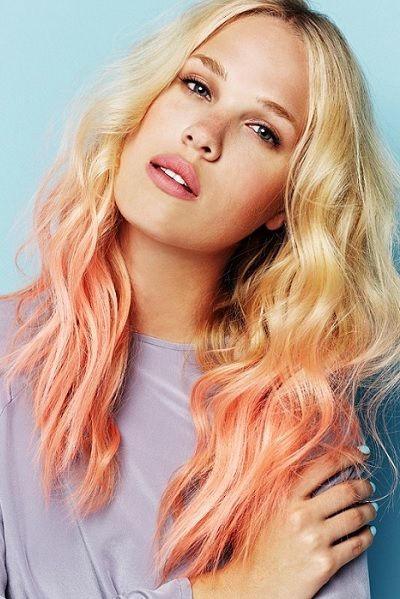 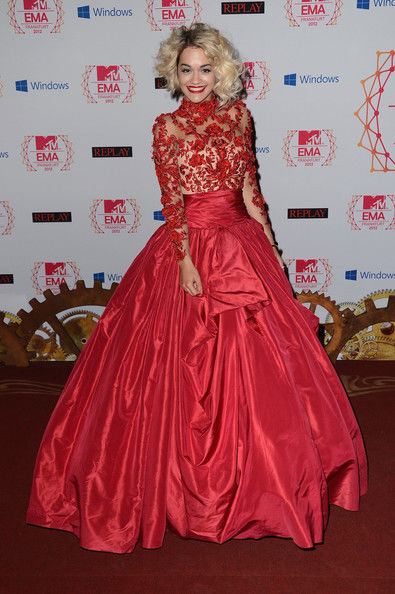 Gemma Arterton in Marios Schwab at a Charity Gala