Over 480,000 thousand tickets sold, having to keep doors open until the late hours of the night; this is exactly how we envisaged the response to a retrospective look at the late Alexander McQueen’s creative genius titled ‘Savage Beauty’.

Opening its doors on the 12th of March, the Victoria and Albert Museum in London anticipated large crowds. In true McQueen fashion however, the exhibition resulted in what will no doubt become unsurpassed records of attendance.

SEE ALSO: ALL THE TIMES YOUR BREATH WAS TAKEN AWAY BY A DIOR GOWN

One of McQueen’s lasting sentiments, “I want people to be afraid of the women I dress” illustrates precisely what draws these kinds of crowds.

In recognition of McQueen’s colossal influence on the world of fashion we take a look back at his best – and most shocking, runway shows. 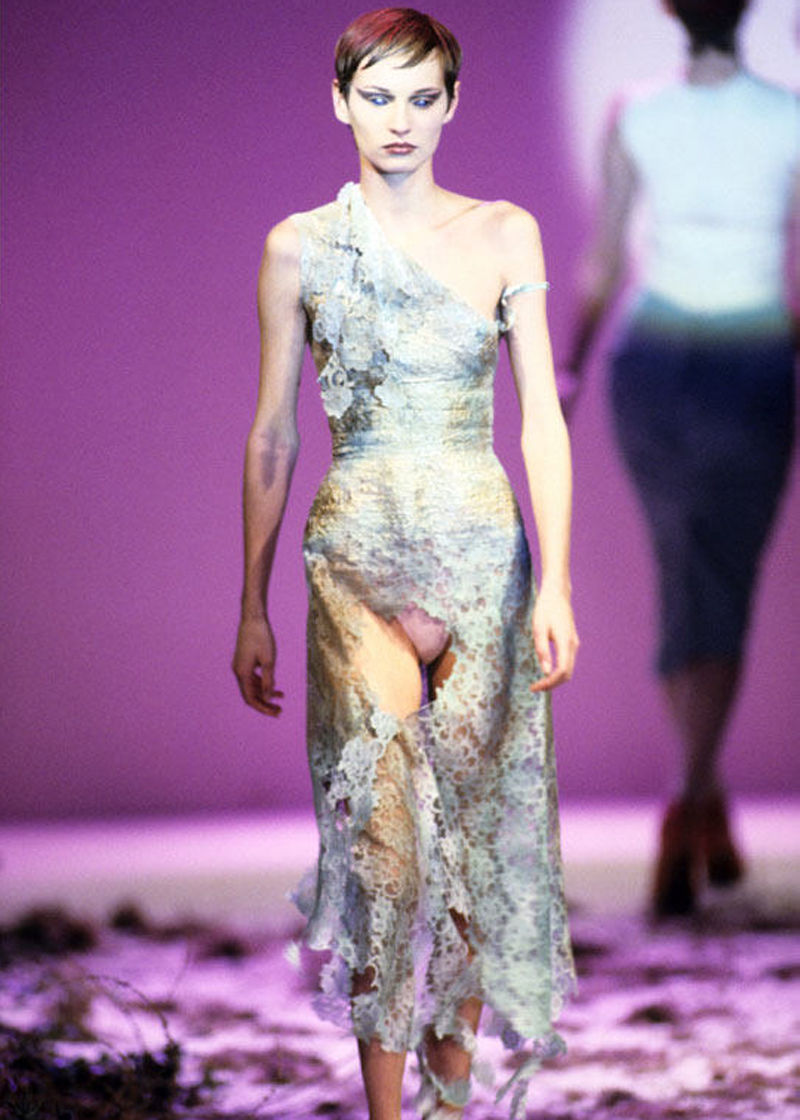 McQueen’s debut show ‘Highland Rape’ was inspired by the rapes and ethnic cleansing that was committed in the Scottish Highlands by British forces in the 18th and 19th centuries. Being born to a Scottish father, Mcqueen’s emotional attachment to this imperial past exhibited him as a designer who was not intimidated by taboo.

Torn clothing, battered and bruised, models walked the runway shrouded with dead foliage. McQueen’s 1995 debut wasn’t so much about the clothing, but rather creating an image for himself as a deviant. 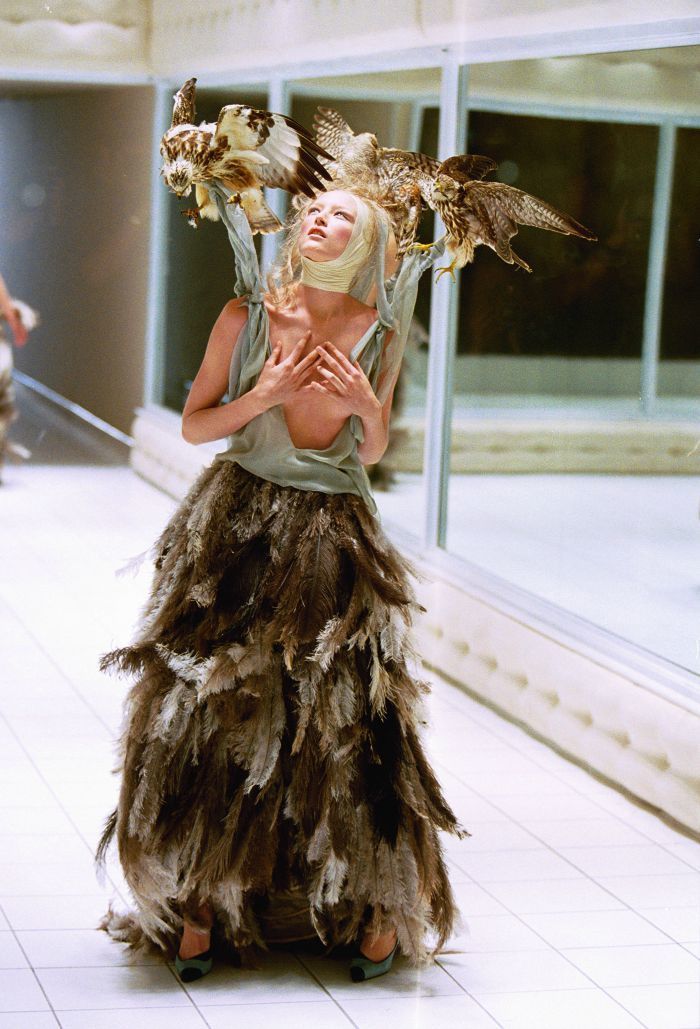 Flash forward to 2001 and Alexander McQueen had officially cemented himself as the Hades, the king of the fashion underworld.

Here we see some of McQueen’s most recognizable designs, including the mussel-shell skirts that were a clear demonstration of McQueen’s technical skills.

While McQueen began to design garments that were more functional, he sealed the runway with a McQueen stamp of approval by attaching predatory birds to the models shoulders. 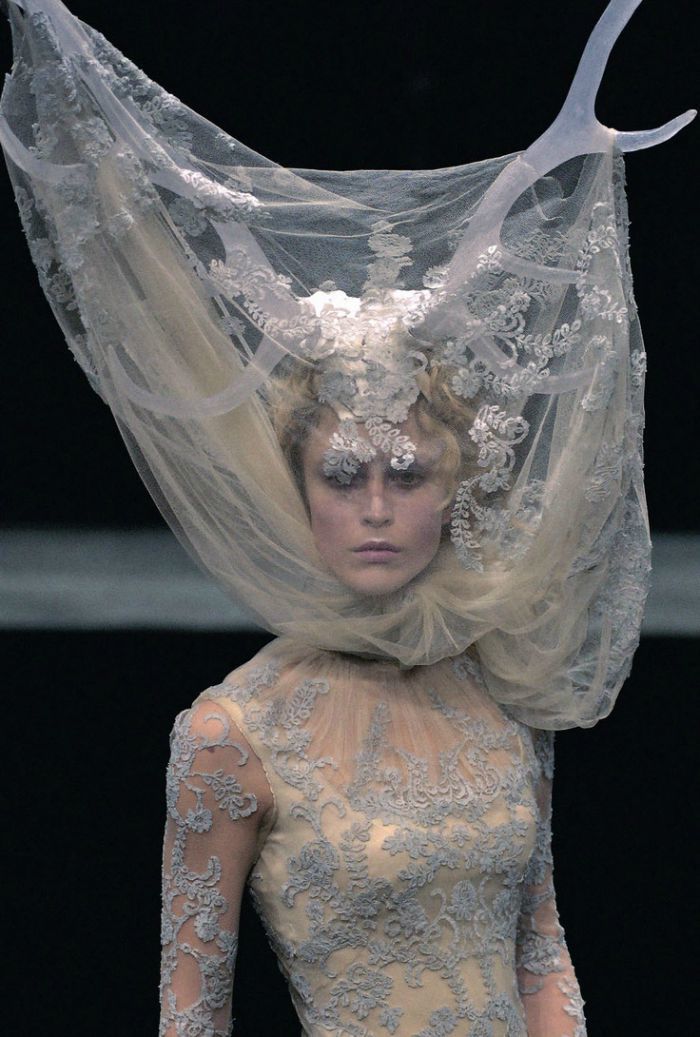 Alexander McQueen’s Fall/Winter 2006 runway titled ‘Widows of Culloden’ exhibits McQueen’s most profound influence on the world of fashion and runway events (and my personal favourite.)

Technically innovative, Widows of Culloden demonstrated Alexander’s overarching skills as a great showman and set the bar higher than ever before.

Closing the show with a flowing hologram of Kate Moss, we can safely say that there has never been – and will never be again, a runway finale this climatic.

Looking romantically ethereal, the hologram embodied the concept of the entire show, which focused on laces and exaggerated silhouettes. 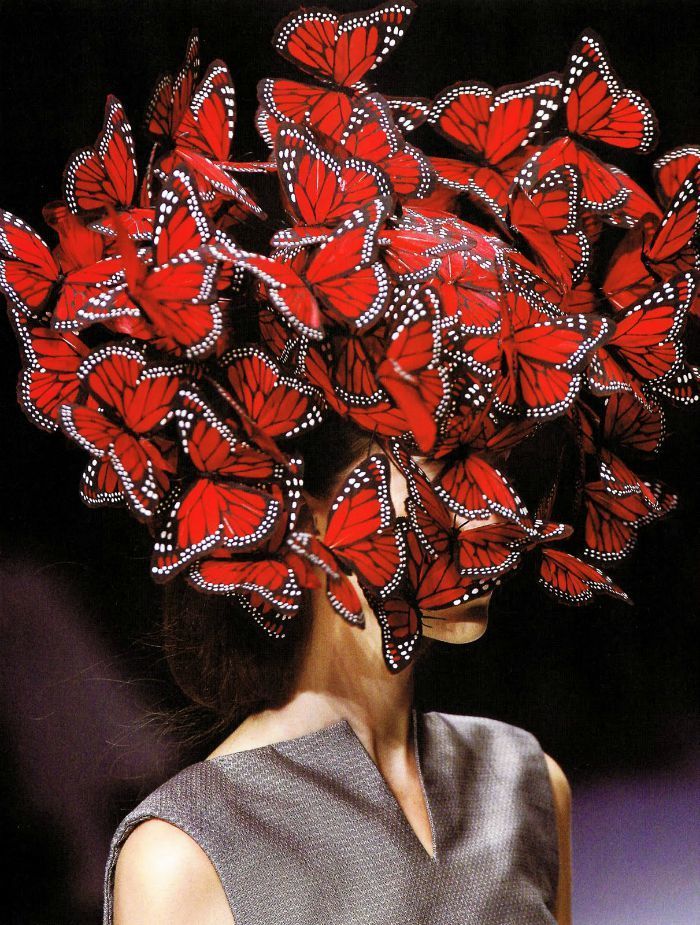 La Dame Bleue, inspired by and dedicated to the late Isabella Blow, was a collaboration between Alexander McQueen and Phillip Treacy who were both discovered by Blow.

Isabella, known for her Avant-garde headpieces, inspired Treacy, an Irish hat designer, to construct some of the most extravagant headpieces a McQueen show had ever featured.

Gigantic feathered collars were the most illustrious pieces of the show, which have demonstrated serious shelf life (note FKA Twigs wearing the famous wild-rainbow feathered dress earlier this year, as shown below.) With double stilt shoes and an array of fuchsia and turquoise McQueen’s Spring/Summer 2008 truly captured the spirit of Isabella Blow. 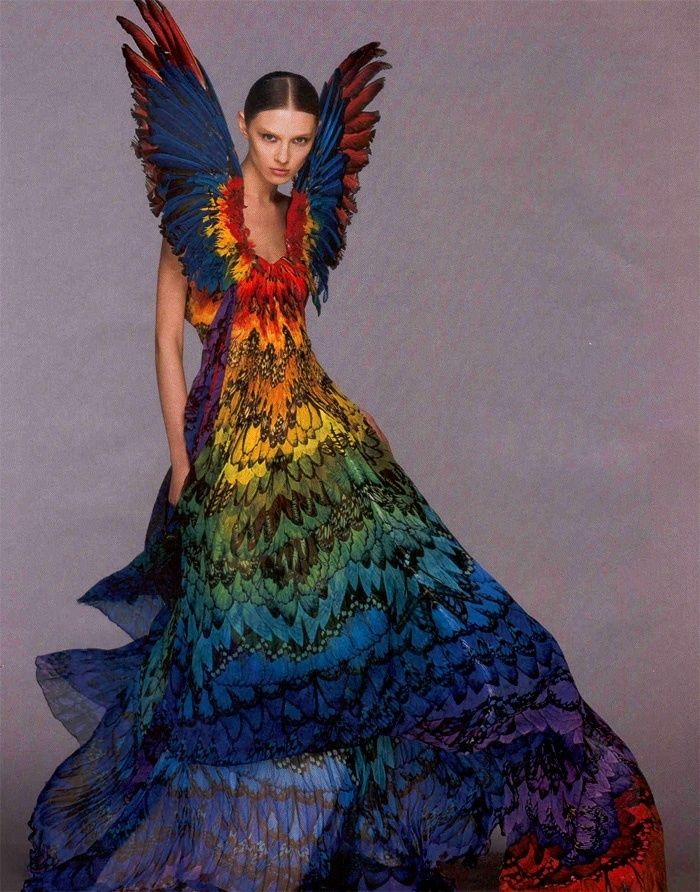 As one of McQueen’s final and greatest runway shows, his Spring/Summer 2010 collection titled ‘Plato’s Atlantis’ concludes our list of iconic McQueen runways.

Reptilian prints and sea creature inspired silhouettes floated down the runway in aqua and blue. Harnessing computer technologies to print wild images on to his designs, once again McQueen pioneers innovative technique never before seen on the runway.

McQueen illustrates a kind of underwater dystopian world having been influenced by the idea of an ecological meltdown, where we must once again evolve from the sea. 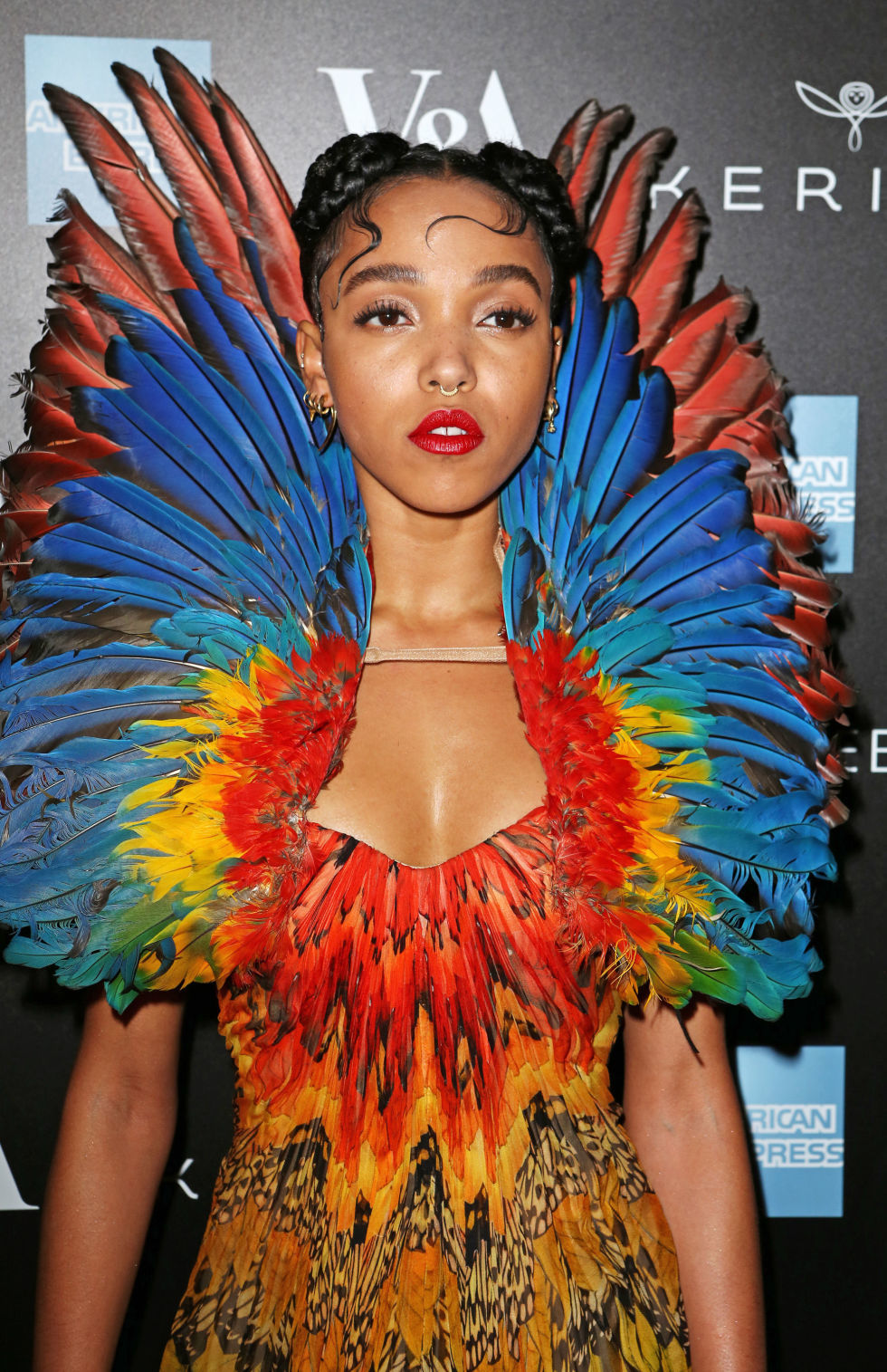 As we bid adieu to the Savage Beauty exhibition of the Victoria and Albert museum, we like to remember McQueen for what he did and why, 5 years after his death, he continues to bewitch us even more so now than ever. 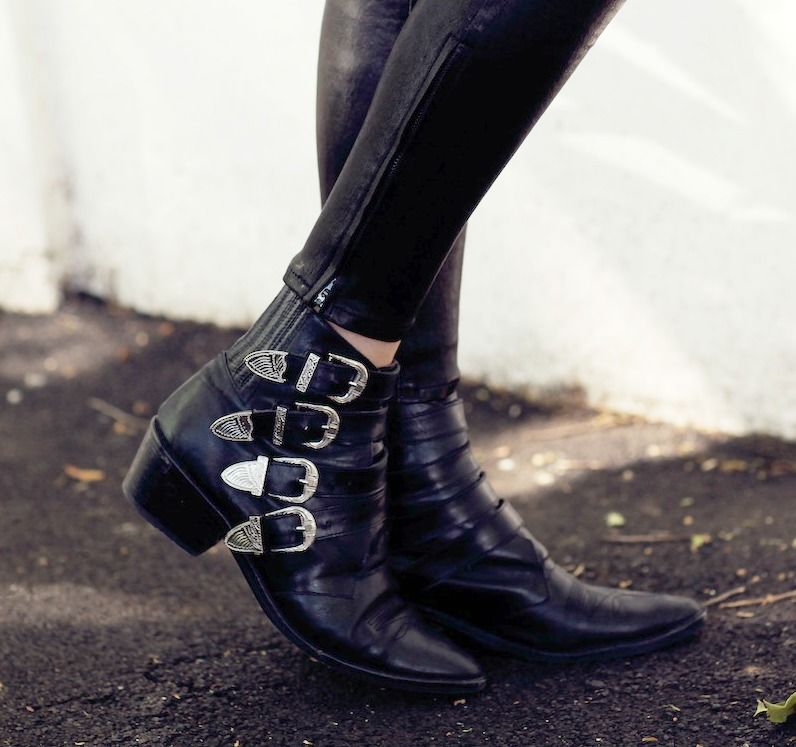 All The Best Ankle Boots Of The Season 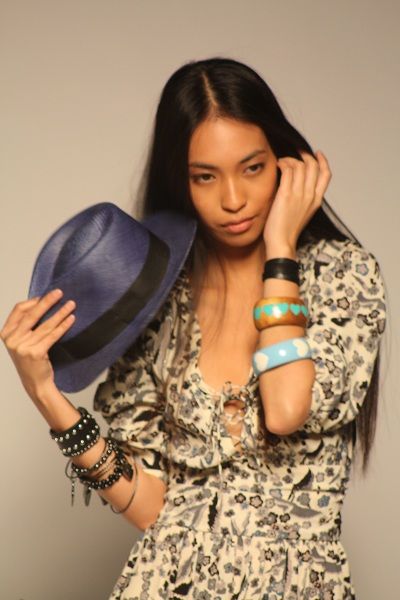 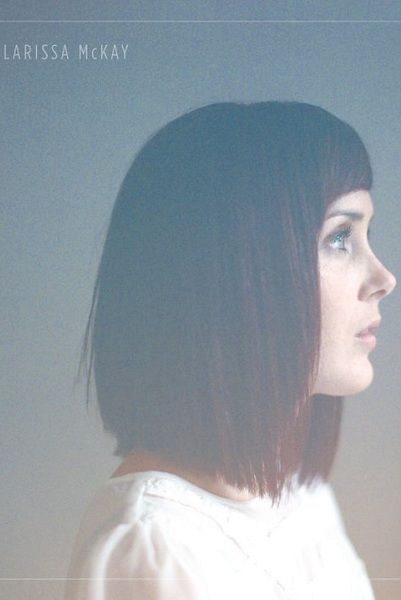