Body shaming. Why do people do it? Recently two wildly successful and influential women spoke out against their body shamers. These two women stood out from the crowd of women going through a similar experience everyday for one very prominent reason… they both look damn good in a bikini, in fact they make a living off it.

What does the senseless shaming of Gigi Hadid and Natasha Oakley tell us? It says that no one is safe, it tells us that bullying is somehow synonymous with being a woman, no matter what you look like or are capable of. 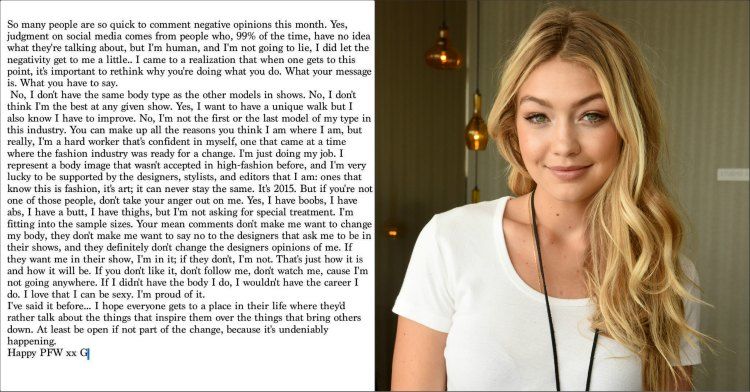 Super babe and wildly successful business woman Natasha Oakley, creator of A Bikini A Day and Monday Swimwear, boaster of 1.5 million Instagram followers, recently commented on her experience dealing with negative comments about her body to Aus Harpers Bazaar, saying she is disappointed that any woman would make a negative comment about another woman’s body.

“Although I do feel concerned for Gigi and other celebrities that are criticized by so many, I am more concerned about women and young girls that are bullied about their appearance in everyday life.” 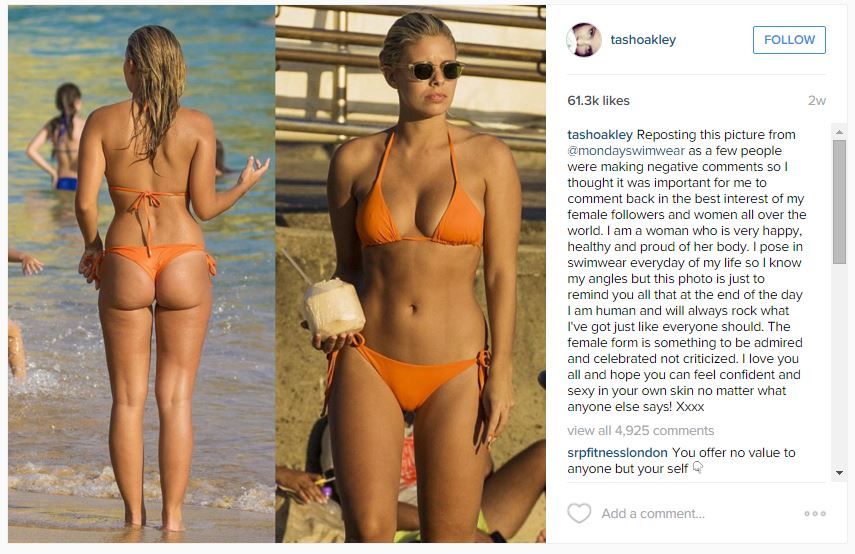 Too often women are women’s worst enemies, when the contrary should be true, women should be and can be women’s most valuable source of empowerment.

In this world, as modern as it is, women still need to stick together. It is mind boggling that women could be so cruel to each other knowing very well the struggles that each and every one of us faces everyday. From a young age we are taught that our looks will always trump our brain and that your fellow woman is nothing but a threat.

It’s been said a million times, yet we don’t seem to be getting the message. I argue that instead of bringing each other down we lift each other up, instead of seeing a threat we see a friend, an opportunity, remember there is power in numbers!

Every woman should have the right to find empowerment within herself and others, separate from negative societal projections. And each and every woman, young and old, should be taught that ones being is not reduced to ones body, that we are all beautiful and no one has the right to tell you otherwise!

Have you ever experienced body shaming? Feel free to have your say in the comments below. 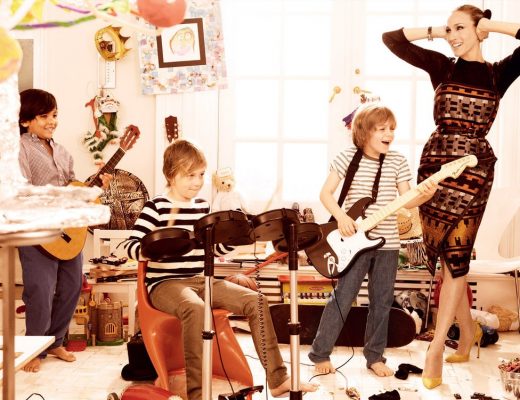 4 Ways To Boost The Bond In Your Family 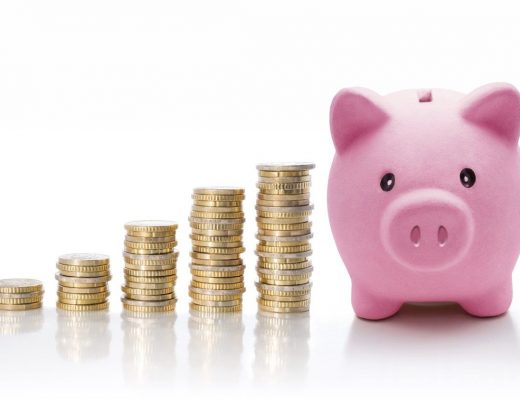 5 Ways to Save Money In A Hurry 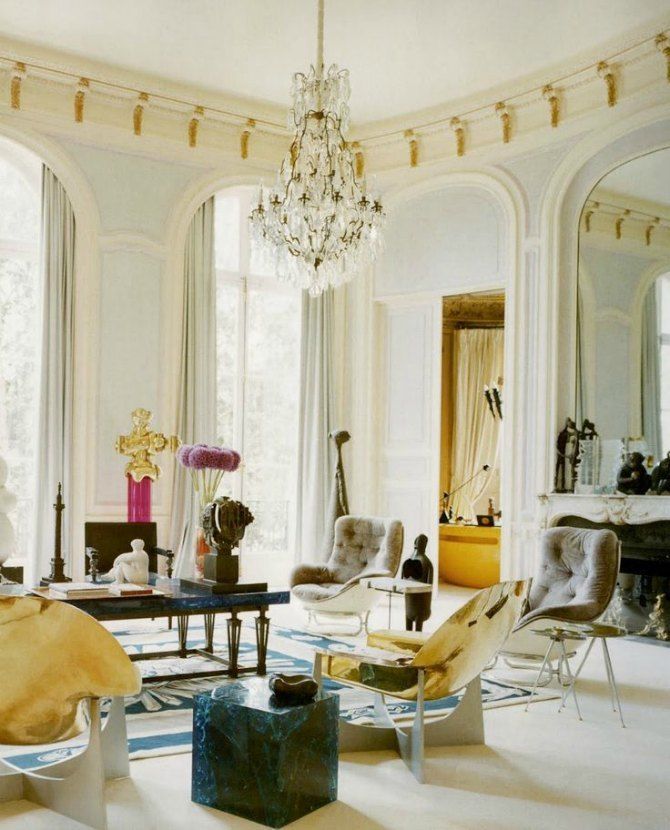 Are You A Design Fanatic? 6 iPhone Apps You Need Now